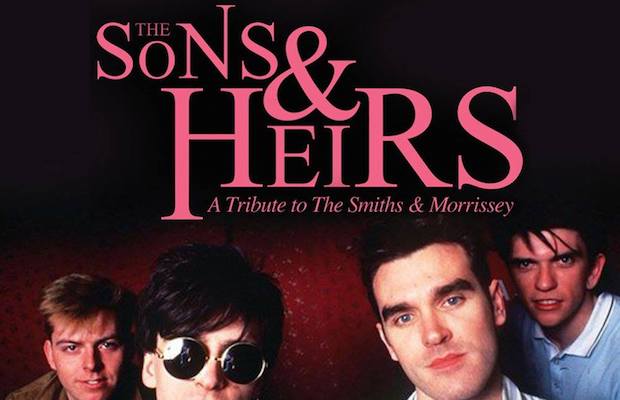 It’s no secret that we’re huge fans of The Smiths and Morrissey. We’ve covered Moz’s two shows (and almost-shows) in recent years after a decade of skipping Nashville, as well as the Pope of Mope’s headliner at last year’s Riot Fest, Johnny Marr’s solo debut at Marathon Music Works in 2013, and in themed weeks leading up to local outings, we’ve run features on post-Smiths projects, Moz and Marr’s estranged relationship, the impact of the band’s debut, and the seminal group’s overall legacy.

Though recent revelations from Marr’s 2016 autobiography revealed that there was a moment, at least, where the group at had talked about reuniting, any Smiths devotee will tell you that it’s a incredibly unlikely prospect. The closest thing we have then, now 30 years removed from The Smiths’ demise and aside from their members’ respective and beloved solo careers, are tributes, many of which are comprised of artists who are faithfully devoted to capturing the group’s legacy in nuanced, worthy, and exciting ways.

A Smiths tribute I first heard rave reviews about from from fellow diehard fans based in their native New York City, The Sons & Heirs are, by all accounts, the greatest tribute to the Manchester group making music today. For over a decade, they’ve toured the world, performing everywhere from Tel Aviv to Los Angeles, and have shared the stage with Smiths bassist Andy Rourke and Morrissey drummer Spencer Cobrin, earning praise from outlets like Rolling Stone and the New York Post. Tonight, Aug. 16, they’ll make their Nashville debut, which almost marks their 100th show, at The Basement East.

More than simply a tribute act, and far from a novelty cover band, The Sons & Heirs are a genuine loveletter to one of the greatest rock acts of all time, and their performance will, without a doubt, be the closest you can hope to get to the real thing. Notably, drummer Jonathan Flax is a former Nashvillian, performing in town from the late ’90s to mid-’00s, and a former writer for the Scene, which makes this monumental show all the more special. Kevin Max and the Boat Band (Max is a noted Smiths fan) will open, and if you’re a Smiths or Moz fan in the slightest, you seriously don’t want to miss it.

The Sons & Heirs will pay tribute to The Smiths and Morrissey tonight, Aug. 16 at The Basement East along with Kevin Max and the Boat Band. The show is 21+, begins at 8 p.m. (doors at 7:30 p.m.), and tickets are available to purchase for $10.