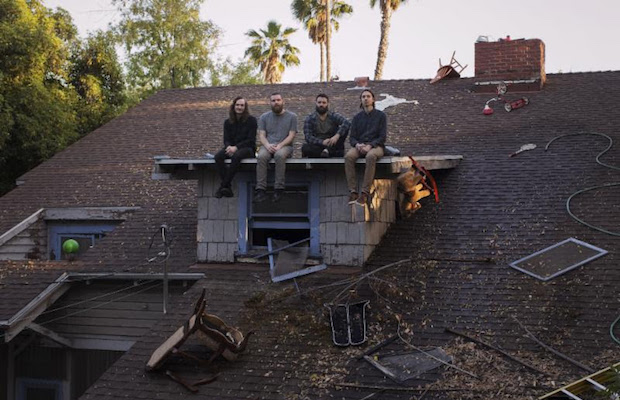 In honor of their forthcoming fifth full-length, A Black Mile to the Surface, beloved Atlanta indie rock outfit Manchester Orchestra have announced a record release party and free in-store performance the day it drops, next Friday, July 28, at Nashville’s own Grimey’s.

While the group play Nashville semi-regularly, most recently in the fall of 2015 in support of Brand New, there are currently no Music City stops on tap for their upcoming fall tour, making this outing an extra special, if not somewhat random, chance to see the phenomenal band in action.

Announced this morning on Twitter, the free in-store is apparently slated to take place at 12 p.m., with doors at 11 a.m. From the sound of it, Manchester will play in the shop (rather than out back or in The Basement), meaning space is incredibly limited. Grimey’s will likely provide more details soon, so we’ll be sure to update if we learn of any way to snag a spot in advance- otherwise, plan to arrive very early.

Produced by Catherine Marks, John Congleton, and Dan Hannon, A Black Mile to the Surface has already spawned several singles (available on your streaming platform of choice), which showcase some of the band’s most ambitious and phenomenal work in years. Watch their recent video for “The Gold” below!