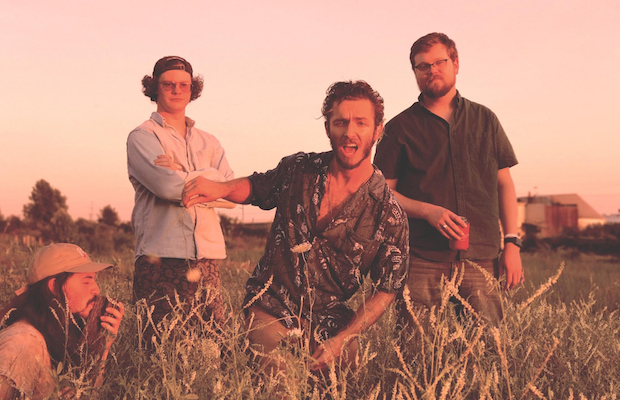 We’ve been following local psych rock outfit The Wild Jays since their first release, “Out In The Fields,” back in the spring of 2016, ahead of the release of their debut record, Murmurations.  In the year since the release, the group lost a close friend, and found themselves coping with the loss by writing and working on new material.  Around the same time, they hooked up with Handmade Productions to help them find the direction they wanted to go next, and former Twiggs guitarist and keyboardist David Lee joined the band to fill out their sound.

Today, we are excited to announce The Wild Jays are back with new music, as we premiere their new single, “Sweet Dream,” via a new music video shot in West Nashville.  Their latest is in the same vein of the group’s carefree style by expertly melding psych and pop elements, as it speaks of a beautiful girl stealing your senses and letting go for the ride.  The video was shot in The Nations, and features some cool scenes of Guido Van Helten’s silo mural.  As the band tells us, “The goal was to make something light hearted and goofy, showcasing [our] often lackadaisical nature.”

Head below to dig in, and make sure you mark your calendar to see them Saturday, July 22 at Little Harpeth Brewing, where they will share a bill with Kansas Bible Company and Kneel Jung.  The show gets going around 9 p.m. (doors at 8 p.m.), and admission is $10 at the door.