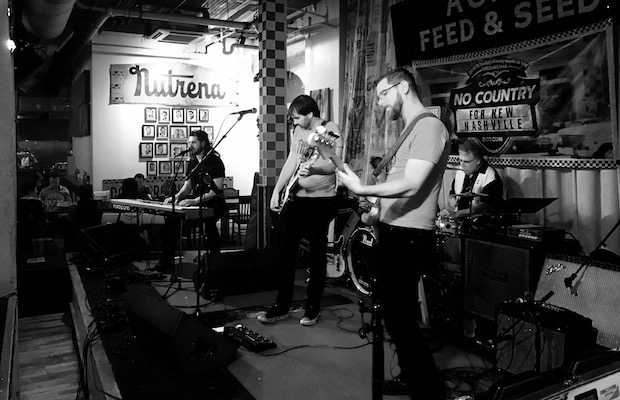 Our long-running, free, bi-monthly Acme Feed & Seed showcase series is still kicking out the jams all summer long, and one of our recent installments featured some diverse sounds you should add to your listening regimens immediately, if you haven’t already. We were pleased to host local piano man Chip Greene, along with Fort Myers, FL based outfit The Freecoasters, plus we kicked the night off with a live DJ set care of Acme Radio. Read on for a full recap, and and a few photos from the show!

Of all the gigs I cover for No Country, my favorites are the Acme showcases, because it’s a great way for me to get hip to new music, while helping to support our thriving live music scene. It really is always a win-win situation. This installment of No Country Presents was no different, and as I approached the venue, I was licking my chops in anticipation. 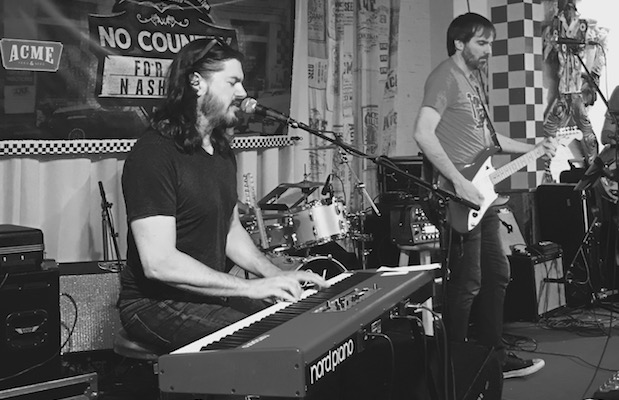 Chip Greene. Photo by No Country.

After an audible the day before to accommodate his drummer, who had a second late-night gig on the same Tuesday, our headliner Chip Greene was moved from the closing spot to the middle time slot. After Acme Radio finished their DJ set, Chip and his backup players got into position to rock the slightly larger than average Tuesday night crowd. We got an early listen to his forth coming record, In My Town, and he even let us debut the first single “River Town,” so I was eager to see the talented player tickle the ivory live and in person.

After a brief sound check, it was time for Chip and co. to get down to it. From the start, I noticed some Hall & Oats influences, but Chip definitely has a little more underlying funk. Dad rock with a little more attitude and swing. He powered through his back catalog, plus songs I remember from my sneak peak of his soon to be released record. One track in particular that struck a chord with me was “House of Mirrors,” which had fairly obvious allusions to President Trump, and the current state of affairs in the United States Government. The revolution is being televised, it’s just necessarily the revolution most of us were hoping for. With his straight forward lyrics, and modulating sound (he snuck in some blues/Americana flavored harmonica too), Mr. Greene has talent to spare, and seems to playing even cleaner than when we first hosted him at Acme over a year ago in the opener spot. Get hip to the local talent immediately, and you can thank us later. 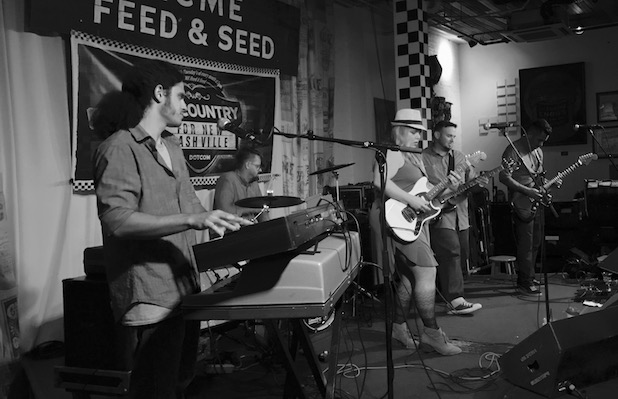 The Freecoasters. Photo by No Country.

Closing out the showcase was a southern-soul infused reggae rock five-piece hailing from the Sunshine State. Close friends with Austin Smith (a blog confidant and member of TN Reggae collective ROAR) The Freecoasters dance through genre with ease, and manage to bring the audience on an auditory journey that is anything but the same-ol’ same-ol’. On the very first song, they highlighted their ability to improvise a jam, and the still sizable crowd were all bobbing their heads in agreement. Austin had joined me at the bar, and we sipped our beers smiling our approval of the tasty tunes and suds.

Lead vocalist Claire Liparulo has Aretha Franklin inspired levels of soul in her voice, and her powerful pipes seem to blast out the words effortlessly. Never straining, cracking or scratching at all, despite singing at a high volume. There were some tasty Caribbean inspired guitar licks on the track “Little Havana,” and later they jammed through a medley featuring The Beatles “Don’t Let Me Down,” into The Rolling Stones’ version of “Satisfaction,” much to everyone in the audience’s delight. Some even felt compelled to leave their seats, and shake their asses. All-in-all, it was a fast, fun and very high energy set that had us all wishing they’d play two hours instead of just one, but it would not come to pass, and soon they were saying their thank yous/good byes, packing up their gear to hit the road again. Don’t fear though, because there’s always more music, and you can join us at Acme every other Tuesday for No Country Presents!