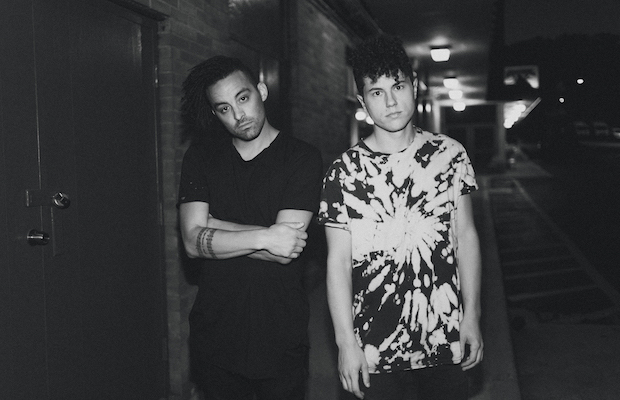 Made up of cousins Jonathan Capeci and Joey Beretta, alt pop duo Nightly are Nashville’s latest seemingly overnight success story, springing out of nowhere early last year to achieve viral success with their debut single, “XO,” swiftly landing a major label deal with Interscope ahead of last fall’s Honest EP. But, of course, no band truly materializes out of thin air, no matter how swift their rise. Nightly’s origins can be traced to vocalist Capeci and guitarist Beretta’s childhood in Pennsylvania, where they found a mutual love for music at a young age, and played together off and on through their teens, eventually dropping out of college and moving to Nashville to pursue music more seriously, at the time with their band Dinner and a Suit.

Given how quickly Nightly has eclipsed DAAS in reach, and how their contemporary, synthy sound seems to be resonating so well, the duo’s former group might ultimately prove to be a stepping stone in perfecting their flourishing, contemporary new style, but, as a fixture in the local scene of the past few years, Dinner and a Suit definitely helped tee up Nightly for making all of the right moves in rapid succession. Realizing “XO”‘s broad appeal, the duo self-released the song only to achieve millions of streams at a staggering speed, and between internet buzz and local radio play on ALT983, they become Nashville’s next “it” band overnight. Matching its appeal with more catchy, honest, eclectic tunes on their Keith Varon produced debut, the group seem poised to become an even bigger hit, and with a debut LP in the works, and increasingly more high-profile tour opportunities, we’d catch ’em now on the small stage while you still can, just for bragging rights.