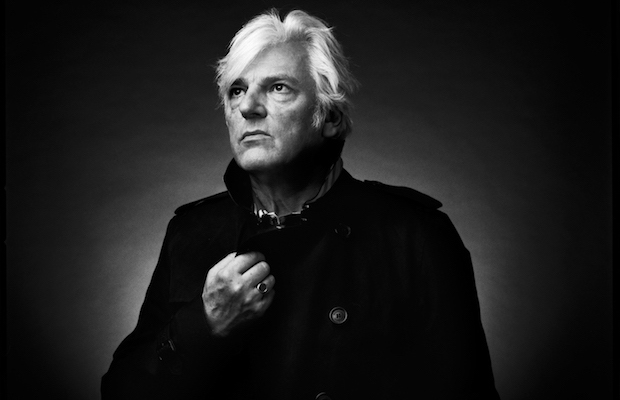 Music City, get ready to welcome legendary, genre-spanning British singer-songwriter Robyn Hitchcock as he performs in his adopted new home on May 25, to serenade the willing at The Basement East. Look for locals Lilly Hiatt as well as Justin & The Cosmics to kick things off, on what promise to be a very interesting night of tunes. The music will start at 8 p.m., and tickets are currently available here, but we’re exited to announce that we’re also giving away a pair of tickets to one lucky fan! You can also learn more about the full lineup and enter below, so take a few minutes to get acquainted with the bands, and find out why this one should be circled on you calendar.

With a stellar career that’s been going strong for over four decades now, Robyn Hitchcock is one of the most prolific British singer-songwriters of all time. Rising to prominence in the late ’70s with a neo-psychedelic, art rock outfit called The Soft Boys, Robyn soon found he wanted to branch out in new directions. By 1981, he’d released his first of 13 solo albums. He’s also recorded six records with his backing band the Egyptians, and another three LPs with a different set of players he dubbed the Venus 3. More recently, Robyn relocated to Nashville with his partner Emma Swift, where he’s pulled influence from the sounds and talent of the city, while maintaining his rock, punk, and psychedelic roots, culminating in his brand new, Brendan Benson helmed self-titled solo effort, one of his most focused and fully-realized to date, which arrived last month, bringing his count up to a staggering 20+ albums. Dancing in and out of genres like psychedelic folk, jangle pop, and alt rock seemingly at will, Mr. Hitchcock offers listeners a little bit of almost everything within the vast realm of rock. Known mostly for sometimes comedic and surreal lyrics, plus his work on guitar, he can also play harmonica, piano, and bass guitar. Enjoyed by critics and his ever-growing cult following, Robyn is certainly someone you should become very familiar with, if you haven’t already, and what better way than in person at The BEast next week.

Justin Collins and Adam Landry were best known in town originally for their production work on Deer Tick and supergroup Diamond Rugs records, but the two, joined by their bandmates, have been wow’ing audiences in Music City for the past couple of years as Justin & The Cosmics. Their sound is garage punk with a grungy rockabilly and Americana lined twist. This unique blend is perfectly showcased on their 2015 full length Schooly Dreams, which we premiered for you last fall. We enjoy their stuff so much, we also helped them debut a music video for the single “Famous to Me,” which you can enjoy below. Whatever you do, do not sleep on this opener, because they’re easily becoming one of our favorite local outfits with their kickass live performances.

Winner will be announced Tuesday, May 23 at 12 p.m. CDT, and will receive one pair of tickets. Good luck!