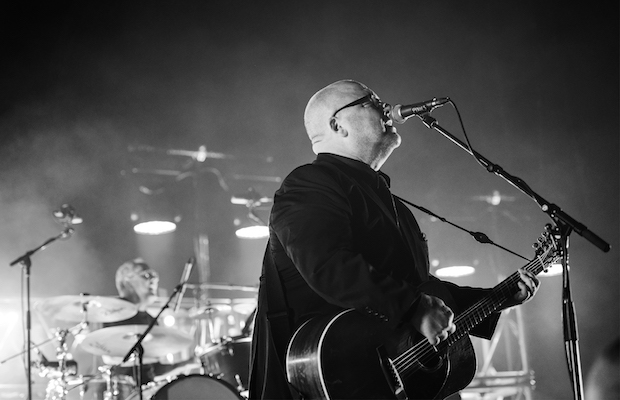 Three years ago, when we last saw legendary alt rockers the Pixies at The Ryman, it felt like we were catching the group at a time of transition. Just a little over half a year after the departure of founding member Kim Deal, and mere months after swapping out replacement Kim Shattuck for Paz Lenchantin, the band were gearing up to release Indie Cindy, their first full-length in 23 years, after sharing new music in parts through a series of EPs. The show was spectacular, but, at the time, it was hard to predict what would be next for the acclaimed Boston band. As it turns out, it’s been much of the same; the last few years have been relatively consistent, including the release last year of another LP, Head Carrier, and on their recent return to The Ryman, they exuded a confidence, stability, and cohesiveness I hadn’t seen since first catching them over a decade ago. Read on for our review of the show, which also included an opening set from up and comers Public Access T.V., and check out a full gallery of photos below!

When I first saw Pixies, in 2005, they were newly reunited after an 11-year split. It’s kind of crazy to think, but the group have now been back together nearly twice as long as their original short and prolific run, which produced a series of albums that changed the face of rock for an entire generation (directly influencing even bigger acts in the early ’90s like Nirvana and Radiohead). And in light of that fact, no matter what you think about newer-era Pixies, this stage of their career, which lasted almost a decade before it even culminated in new material, is a permanent and indisputable piece of their history, and should be considered in equal measure. As someone too young to see them the first time, I’m thrilled we have the Pixies today at all, and doubly so that they’re still stellar- at least in my every experience. 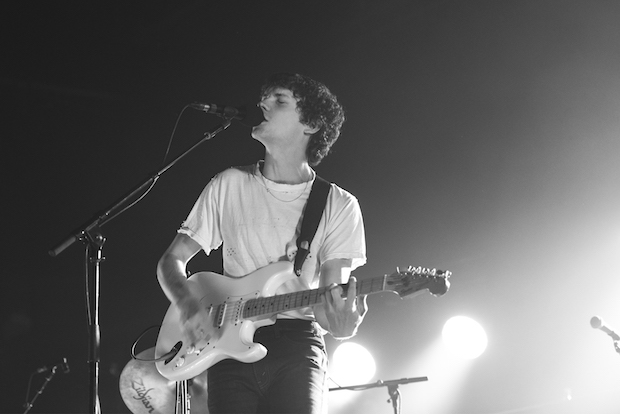 An interesting and welcome choice of an opener, Public Access T.V. claim New York, but have strong Nashville ties, causing them to acknowledge this as something of a “hometown show.” Formerly the drummer of buzzy local group Be Your Own Pet, and a founding member of Turbo Fruits, frontman John Eatherly was a prominent fixture in the local scene right before Nashville’s “it-city” explosion, and while he seems to have assimilated totally in the New York indie underground, he looked happy to be home, mentioning that his mom was in the crowd. Like their set last summer at Bonnaroo, PATV played with an inherently cool, laid back presence, harboring a sort of deconstructed punk and garage flair in their post-punk and new wave sound. Drawing influence from an era perhaps even before the Pixies, despite being a young band, their confidence and raw rock prowess served as a great opening set, and the enthusiasm of the room, likely a fair amount of friends and family, made for warm introduction. 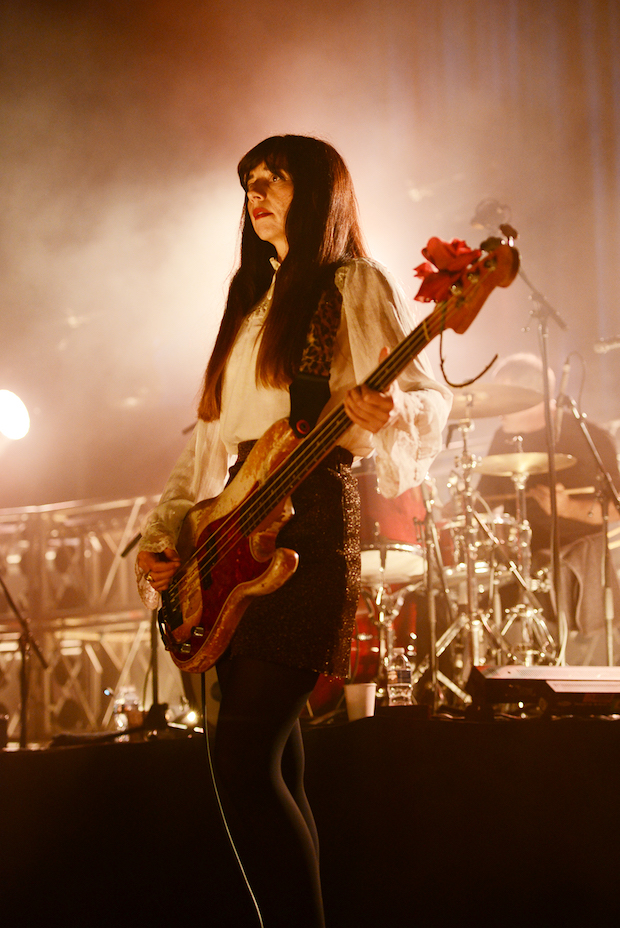 After a quick changeover, the Pixies entered to a relatively dark stage, despite a massive array of lights behind them (that would soon come into play), launching, much to my surprise, into posthumous cult favorite “Where Is My Mind?,” the song they ended their last Nashville with (I’d like to dub this move “the reverse Fight Club), eliciting an immediate, giant singalong, and setting the tone for the rest of the show. Sure, it’s their best known song, but it’s a damn good one, and it’s ballsy to burn it off first. Surprises are one of the coolest things about a Pixies show though, as their set changes nearly every night, running the range of their three-decade long back catalogue of alt rock classics and new favorites.

Lenchantin was brand new last time around, but now, after three years and countless shows, not to mention her debut collaborative role on Head Carrier, she feels like a proper, essential part of the group. She’s not Kim Deal and she doesn’t need to be; an accomplished and versatile musician in her own right, she brings a new and different element to the band, and her presence is a cool, welcome dynamic. Though she seemed more front and center on the new stuff than in her rendition of the classics (save for a few where her vocal parts were especially prominent, like “La La Love You”), I all-around got the sense that Paz was a seasoned part of the unit, and never once felt like a piece of the Pixies was missing (a point, no doubt, the detractors like to make).

While many favorites played last time made a return appearance (“Gouge Away,” “Monkey Gone to Heaven,” “Here Comes Your Man,” and many more of the group’s most famous cuts), they struck a pretty great balance between fan favorites a few lesser-treaded tunes and b-sides, performing a staggering 30+ song set (Pixies songs are pretty short, to be fair), largely leaning on their most famous release, Doolittle (to my delight), but covering nearly every major record with at least a few songs. Unsurprisingly, Head Carrier informed a decent chunk of the set too; I’ll be the first to admit I haven’t spent as much time with it (and even if I had, it would rival the hundreds and hundreds of spins I gave the Pixies’ classics in my teens), but the new stuff sounded perfectly at place, and even extra fresh and inspired, interspersed throughout the set. 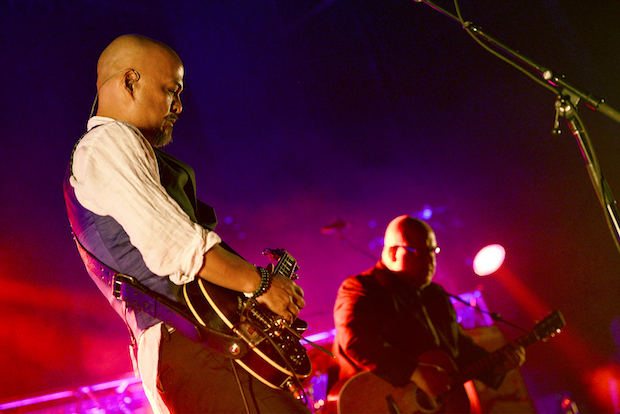 A group who operate like a well-oiled machine, the band said very little, instead letting the music do the talking, their show accented by gradually more intense and sweeping lights, and unpredictable and well-balanced song selections, all the while feeding off a wildly enthusiastic crowd. Black Francis remains, decades in, an enigmatic and almost intimidating force, and when he gets into the groove, it’s like he’s in a trance, perfectly recreating the passion and dynamic range of the band’s vast catalogue.

After an especially stacked finally run of songs, ending with “Hey,” kind of an unexpected closer, but one that made me smile hard, the band stepped off stage only very briefly, before re-emerging to play a single song encore of “Into the White”- a song I had to Google, because I only vaguely remembered it (it’s a b-side from the Doolittle era)- with Paz on lead vocals, as the entire theater filled with billowing, thick fog. A weird end, but the Pixies are a weird band, and I wouldn’t have it any other way. As stable as inspired as they’ve been in ages, I can’t wait until their inevitable Ryman return.