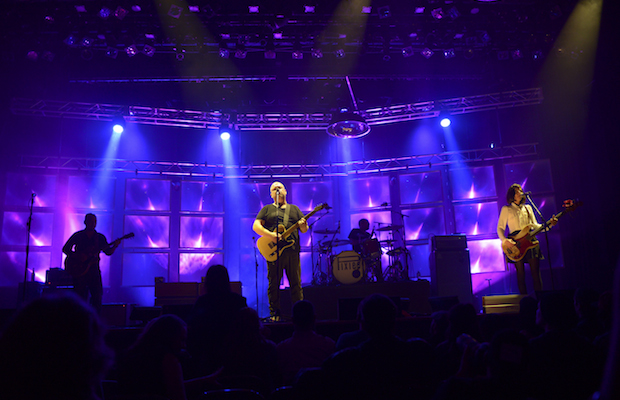 Though their pivotal role in influencing an entire shift in musical paradigm is undeniable, Boston’s the Pixies have, over the years, developed something of a frustrating reputation for being an inconsistent live act. As someone who has now seen the group twice in a proper concert setting, first, early into their reunion, in 2005, and, most recently, last weekend at Nashville’s Ryman Auditorium, I can say, firsthand, that my experience with the band has never been anything less than stellar. Armed with new bassist Paz Lenchantin, Pixies performed a dazzling 33-song set in what is, inarguably, the best-sounding room in Nashville, reaffirming my love and admiration for this phase of the group’s existence.

Pixies’ current tour of North America has had three rotating openers: Best Coast, The Orwells, and Cults. All quite different, but well-paired in their own respects, The Ryman date included the latter, Cults, who turned out to be a pleasant treat, admirably holding their own in warming up the room. 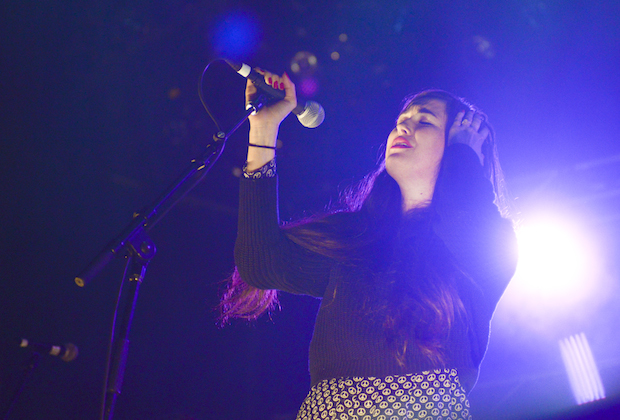 Though I’m most familiar with Best Coast and most recently familiar with The Orwells, Cults have been on my (and, likely, your) radar since the success of their breakthrough single, “Go Outside.” The New York duo, who perform live with a full backing band, have really nailed a sound that lands in the territory of dreamy, indie pop without sounding too cliche or of the moment. My only other live experience with the duo was an early, main stage performance at last summer’s Bonnaroo. At the time, they failed to make a huge impression on me, which was likely more the result of environment than a testament to their performance. This time around, however, I was blown away by just how great a live band they truly are.

Vocalist Madeline Follin delivered her haunting, endlessly catchy melodies (along with a move I’d like to dub the “indie rock shuffle”) with the layered, hypnotic backing of multi-instrumentalist Brian Oblivion and the rest of the group’s skilled live players. Opening for a band like the Pixies, whose reunion has lasted nearly three times as long as Cults’ entire existence, and whose core fanbase doesn’t seem as plugged into the buzzy, blogosphere of indie pop, is an undeniably tough task, but Cults commanded the stage, delivering a pleasant, well-rounded performance that proved to be a lighter, poppier contrast to the Pixies. Careful not to leave any sports fans in the dark, Oblivion also made a point to keep the crowd updated on the Super Bowl. 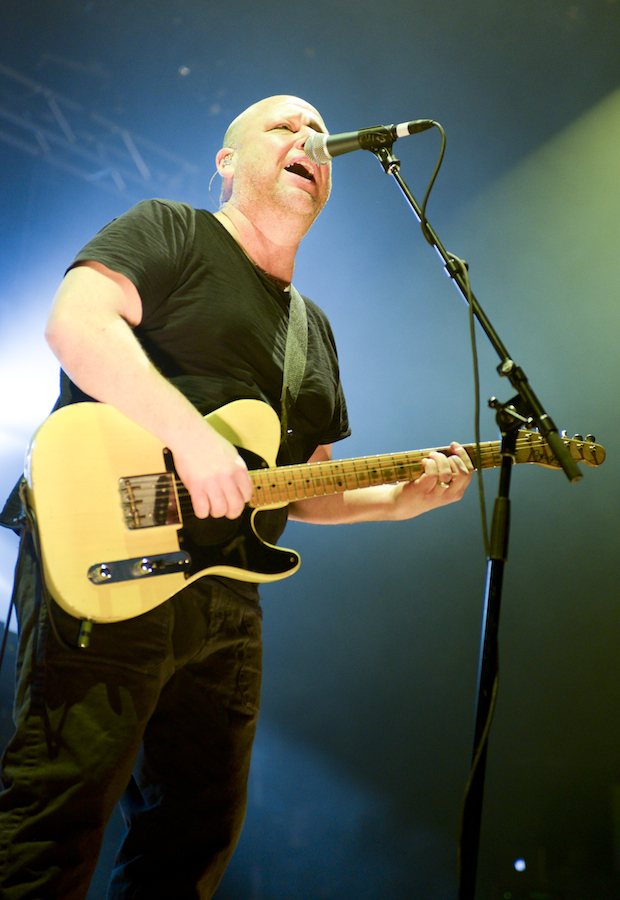 By the time the Pixies took the stage, the place had filled completely (there was an especially large number of latecomers to this one, presumably due the Super Bowl), and there was a noticeable eagerness and electricity in the air. I will freely admit that I was a bit nervous about this show and its lack of Kim Deal. Deal was an integral part of the group, and, for some unfounded reason, I was anxious that a Deal-less, subpar Pixies performance could taint the fantastic live experience I had had nine years prior. My worries were in vain, however, as Lenchantin proved to be not only a flawless Kim Deal impersonator, but also an undeniable presence and technical powerhouse that invigorated the group’s entire live performance dynamic. A bassist alone does not make a band, however, and the rest of the group, vocalist Black Francis, guitarist Joey Santiago, and drummer David Lovering, proved to be on top of their game, firing on all cylinders all night long. Lovering, especially, stole the show, flexing a level of skill I was unaware he was capable of (and one of the night’s best moments with his lead vocals on “La La Love You”).

From the moment they erupted into “Bone Machine,” the Pixies’ set kept up a pace and momentum that would be impressive for any band, much less one nearing three decades of existence. Clocking in at over an hour and a half, the selections included a pretty even spread from the group’s various albums and EPs, giving the most weight to critical favorite Doolittle and slightly skimping on tracks from Bossanova, keeping a commendable balance between the “hits” and the fan-service tracks. Though it’s rare for audiences to get particularly excited about the “new stuff” from a legacy act, the Pixies’ low-key latest releases, EP-1 and EP-2, are shockingly great for late-career efforts, and new tracks “Bagboy” and “Indie Cindy,” especially, made for set standouts. 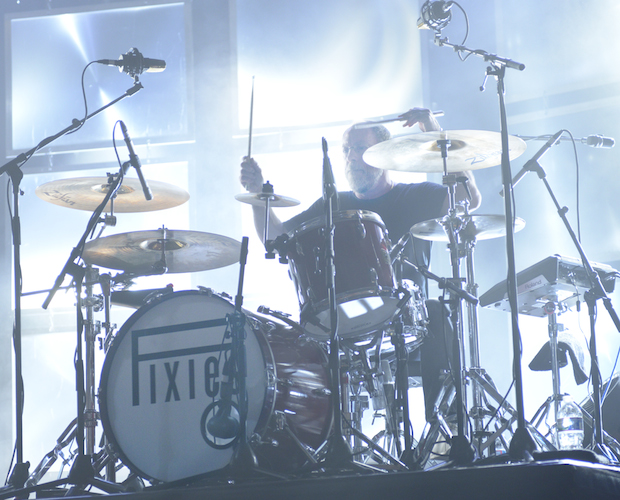 In 2005, there was something of an awkwardness and tension to how the Pixies carried themselves. That feeling is completely gone now. Whether it just took time, or whether the dynamics of the group have shifted more towards automatic “career performance entity” is unclear (probably a little of both, but the focus on new music would indicate that they do sincerely still think of themselves as a genuine band), but, whatever the reason, this more connected, more confident incarnation of the Pixies was perfect one to catch at a place so historic and so acoustically perfect as The Ryman. Even the mistakes, of which there were only a few, were shrugged off, but created a more intimate feeling than a venue of The Ryman’s size is normally conducive to. The Pixes are legends, and they always have been, but, in 2014, it might just be time to crown them legendary performers as well.