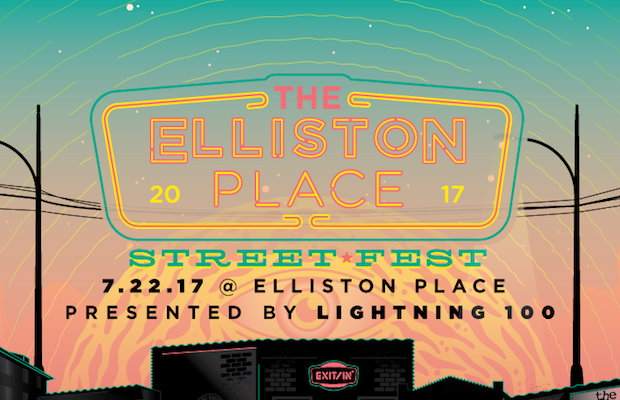 What first began as a tradition in the ’70s and ’80s, and was resurrected last year in celebration of Exit/In‘s 45th anniversary, the Elliston Place Street Fest has been announced to return once again this summer to the Rock Block (performances take place and Exit and The End, as well as a main stage between the two) on July 22.

Presented by Lightning 100 and Indie Nash, this year’s impressive lineup features The Wild Feathers, Billy Joe Shaver, sElf, The Pink Spiders, Roots of a Rebellion, Lillie Mae, Lazersnake, Royal Court of China, Mad Science ft. KDSML, Floralorix, and HR_Lexy, and both general admission and VIP tickets (which include access to Hurry Back’s air-conditioned space, with special cocktails from Tito’s) are available this Friday, May 12 at 10 a.m. CDT right here.

Keep an eye on the fest’s site for schedules and more info, and check out an announcement video for this year’s event, featuring The Wild Feathers, below!