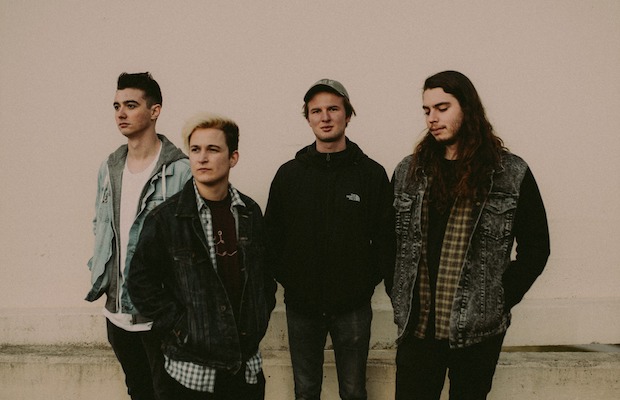 Formed just last year in nearby Murfreesboro, Pale Lungs have fast become one of our favorite rising acts to emerge from the the thriving local DIY scene (they’re also an instrumental part in helping grow the scene, as several members reside in and co-run house show space Dad’s Garage). With impressive dynamic range, the group, who opened for Dashboard Confessional earlier this year at The Basement East, tap into a visceral, emo-informed, ambient, indie/post-rock sound to stunning effect, and, despite only having one single, “My Window,” are already building hype among an exciting crop of must-know new local bands.

We’ve been eagerly awaiting more music from the band for months now, and we recently learned that we won’t have to wait much longer, as Pale Lungs’ much-anticipated debut EP, dubbed Strawberry, will officially arrive on May 19. To celebrate, the group have also announced a June 6 release show at The End, with support from Animal Flag, Pictures of Vernon, Mountains Like Wax, and Pocket Science, which should serve as a perfect introduction if you haven’t yet seen the band live.

Check out a teaser for Strawberry below for a quick taste of some new music, revisit “My Window,” and keep an eye out for more from Pale Lungs in the coming weeks!