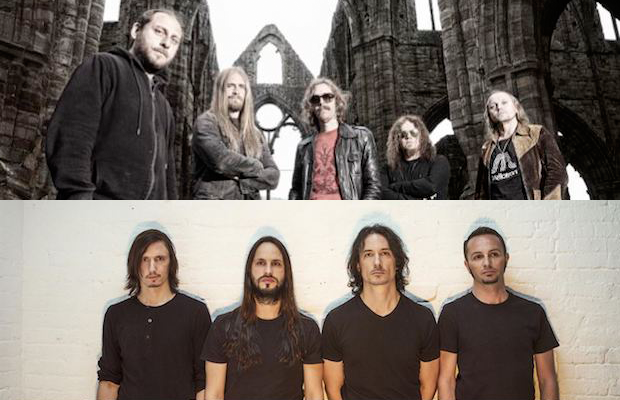 Two of Europe’s finest metal bands, both with a penchant for more progressive influences, both formed in the ’90s, and both celebrating critically-acclaimed 2016 albums, Sweden’s Opeth and France’s Gojira are set to kick off a small co-headlining spring run with a date right here in Nashville, May 4 at War Memorial Auditorium. Between Opeth’s expansive, progressive, and death metal rooted style, and Gojira’s more intense, technical, take on thrash, there’s a lot to love and equally as much to unpack for even the most seasoned metalhead, and tickets to see two of the scene’s finest, both of whom haven’t passed through town in several years, are still available here. We’re also excited to announce that we’re giving away a pair of tickets to one lucky fan, so if you’d rather roll the dice, read on for more about the lineup and enter below!

Winner will be announced Tuesday, May 2 at 12 p.m. CDT, and will receive one pair of tickets. Good luck!

Opeth and Gojira will perform Thursday, May 4 at War Memorial Auditorium. The show is all ages, begins at 8:30 p.m., and tickets are available to purchase for $34-48.