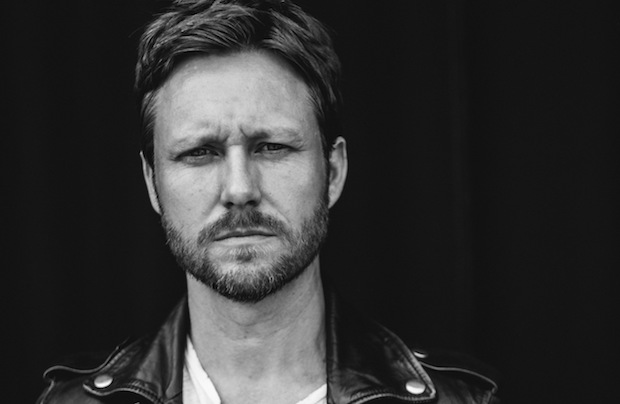 For years now, we’ve thought local alt-country singer-songwriter Cory Branan had more of a punk streak than he let on. Not just in the raw structure of his songs, the earnest and unfiltered way he presents himself, or the artists he seems to be palling around with, like Dashboard Confessional and Brian Fallon, Branan has always had a seamless ability weave between scenes and crowds, just as comfortable playing folk songs in a bar, or turning up loud and rowdy for a rock crowd.

With his brand new fifth album, ADIOS, a followup to 2014’s fantastic The No-Hit Wonder, out now on Bloodshot Records, Branan really navigates a different side of his artistry than we’ve heard in recent years, and the result is pretty captivating. Described as his “death record,” not only is ADIOS raw and personal, but it also features contributions from Deer Tick’s Robbie Crowell, Against Me!’s Laura Jane Grace, and Dave Hause; not to totally abandon his country side, though, Amanda Shires also makes an appearance, and Branon self-produced the whole thing in Mississippi.

In celebration of the new release, Cory is set to perform a hometown show tonight, April 21 at Exit/In, and, true to his eclectic nature, he’s invited buzzy, grungy, indie pop singer Lukr and alt-country singer Otis Gibbs to support. Tickets are still available for now, but they aren’t likely to last! It’s a busy weekend, but this is a local show that absolutely deserves your attention.