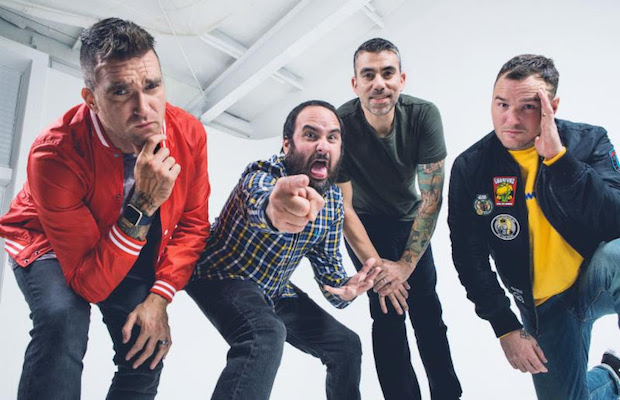 Earlier this year, New Found Glory expanded their 20 Years of Pop Punk career retrospective tour to include a May 18 performance at Exit/In, where they’ll play arguably their two most famous releases, 2002’s Sticks and Stones and 2004’s Catalyst, in full (each night of the run features two different album performances). Unsurprisingly, that show sold out almost instantly, and it seemed like Nashville fans might have to wait awhile to see the pop punk pioneers again in action.

Thankfully, the band, now partially local and who frequently operate out of Nashville, have added even more shows to the summer leg of their run, and they aren’t making us wait so long for their Music City return after all, announcing, for the first time in East Nashville, a July 20 outing at The Basement East! Still part of the 20th anniversary run, this performance will see the group tackle this 2000 eponymous sophomore release New Found Glory and 2009’s highly underrated Not Without a Fight, and tickets go on sale this Friday, April 21 at 12 p.m. CDT right here, with VIP packages already available here.

And, though they’re taking a look back at the last 20 years while on the road, NFG also still have an eye on the future, with their ninth album, Makes Me Sick, set to arrive April 28 via Hopeless Records. We already told you about the video for lead single “Happy Being Miserable” a few months back, and just last week, the band followed it up with a new spot for “Party On Apocalypse.” After you grab tickets to celebrate what came before, check out a taste of what comes next, below!