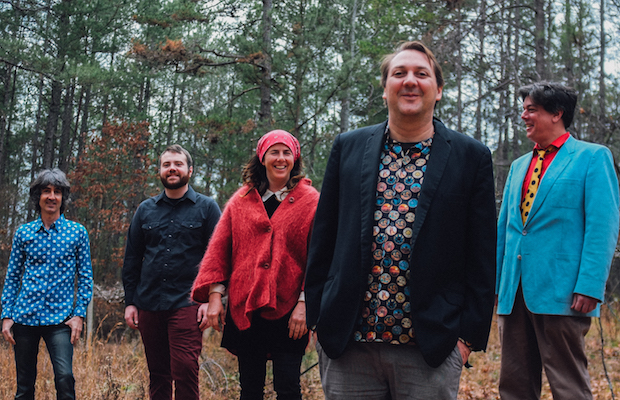 Veterans of Athens, GA’s beloved and tastemaking Elephant 6 Collective, psych-tinged indie rockers Elf Power have been a staple of the underground scene for more than two decades. The band, who’ve been pretty consistently churning out fantastic records since the mid ’90s, are gearing up to release their 13th album, Twitching in Time, May 12 via Orange Twin. Ahead of its release, the band group debuted new track, “Watery Shreds,” for which they just released a video, directed Peter Alvanos. Additionally, they premiered a second single, “Halloween Out Walking,” this week through Brooklyn Vegan, which leaves us even more eagerly anticipating the forthcoming release.

Hear the latest single and watch Elf Power’s new video below, and be sure to catch them live when they return to Nashville next month, May 22, for a co-headlining show at The High Watt with indie rock icon Tobin Sprout! Grab tickets right here.