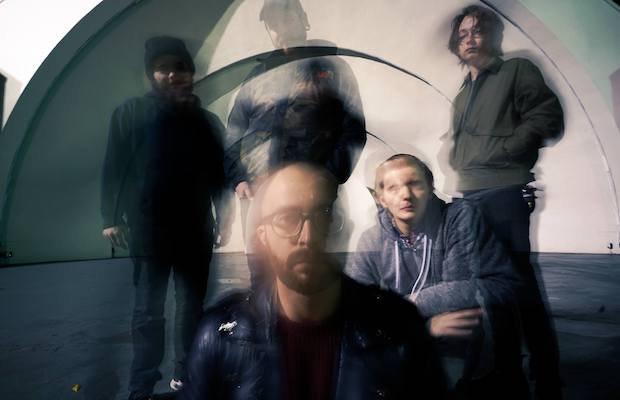 Celebrating the release last week of their stunning debut album, This Is All Pretend, Memphis group Pillow Talk return to town tonight, March 18 for a performance at Cafe Coco, supported by a trio of amazing local acts, Slow and Steady, YØUTH, and Kacie Williams. Of many fantastic and under the radar shows happening all over town this weekend, this stands at the top of the pack, and for just $8 and in an all ages, intimate space, it’s a great snapshot of the area’s thriving DIY scene.

Formed just a few short years ago, Pillow Talk’s debut EP, What We Should Have Said, established the band as unique musical force, combining a base of poppy, emo-informed indie rock with more ambitious elements of shoegaze-y tones and atmospheric production, transcending the musical confines of most bands in the scene right out of the gate. With This Is All Pretend, however, Pillow Talk mature to musical greatness, further pushing their sound so far that it’s hard to define, with flourishes of autotune, and etherial and lush soundscapes, all grounded by a raw and emotionally resonant backbone. You’d be hard-pressed to find another band with this unique mesh of musical sensibilities, and if you’re a fan of emo and indie rock, but craving something with more teeth, this group should absolutely be on your radar.

Similarly, Slow and Steady, the brainchild of Austin transplant Jacob Lawter, take cues from the emotional weight and raw musicality of classic emo, but fuse it with modern indie to create a catchy, layered vessel for Lawter’s deeply personal songs, in the vein of groups like Pedro the Lion. YØUTH, the musical vessel of lifelong Nashvillian Julian Dente, pushes even further into the pop-laden indie rock territory, making self-described “music that reminds you of high school… in a good way,” while channeling the math-y, noodle-y sensibilities of acts like Into It. Over It. and American Football. Kicking things off, local singer-singwriter Kacie Williams plays soaring, powerful, catchy, and stripped down songs that allow her incredible voice and personal perceptive to hit hard. This is an amazing bill y’all, and you’d be crazy to pass it up.

Pillow Talk, Slow and Steady, YØUTH, and Kacie Williams will perform tonight, March 18 at Cafe Coco. The show is all ages, begins at 8 p.m., and admission is $8 at the door.