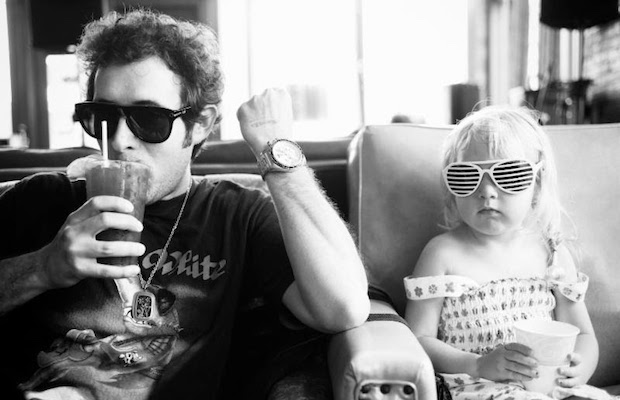 If you’re a fan of Atlanta based garage punks The Black Lips, or semi-local supergroup Diamond Rugs, than you’ll recognize Ian Saint Pé, who now makes solo music simply as Saint Pé. About three years ago, after ten years of touring the world with the Lips, and two records and tours with the Rugs, Ian decided it was time for a change. He moved to Music City, where he’s been living in a log cabin formerly owned by country legend Roy Acuff. Fast forward a couple years, and now that cabin has also been turned into a studio, and with the help of a number of Atlanta-based friends, his debut album under the eponymous moniker, Fixed Focus, was recorded. It’s said not to be a huge departure from the material he did with The Black Lips and Diamond Rugs, but more of a matured continuation of those projects, maintaining all the garage punk sensibilities, and catchiness. Of course, anything recorded here in Nashville tends have flavors of the city itself peppered in for good measure.

“The only thing you can’t change is time,” Ian says of his of his departure from The Black Lips. “So it was time that changed me. I loved the Black Lips, but I needed to enjoy new environments. So I got a brand new bag: Saint Pé.”

After last month’s release of debut single “Kiss It Goodbye,” you can hear new tune “Spun and Spurn,” ahead of Fixed Focus, and cop the record when it arrives April 7. You can also see Saint Pé in person, when he headlines The End on April 14, for an adopted hometown show with Reality Something and Ri¢hie!