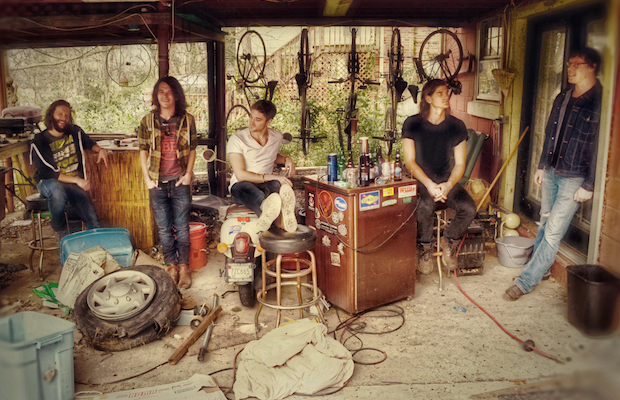 If you missed the killer Acme showcase from Easy Roscoe last year, you skipped out on a true party. Known for their rocking live shows, the band have been honing their sound while recording a trove of new material.

Constantly at work on new tunes, Easy Roscoe released their impressive Piñata EP last year. But just a few months later, the boys are already back with a brand new single called “Empty Handed,” and it’s just as rhythmic and infectious as you’d expect. Although the lyrics talk about being beaten down by heartbreak, the rolling electric guitars and on-point percussion keep plenty of power driving through each line.

They just wrapped up a string of local dates, but don’t be surprised to see Easy Roscoe playing a hometown gig sooner rather than later. Until then, tide yourself over by checking out “Empty Handed” below.