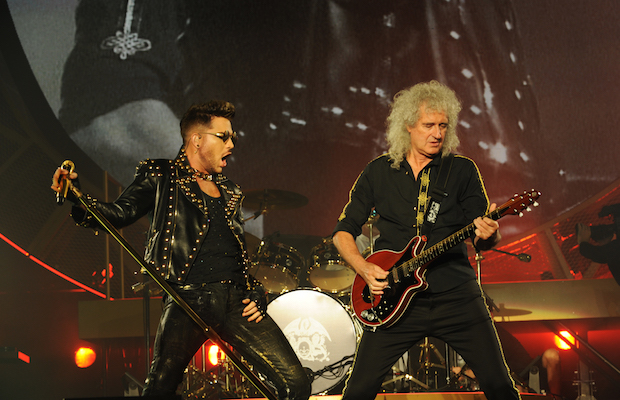 Comparions to the late Freddie Mercury have surrounded Adam Lambert since the moment he first rose to national prominence in season nine of American Idol in 2009, during which remaining Queen members Brian May and Roger Taylor also first joined him for a televised performance, sparking the genesis of what would become a more permanent pairing. A few years after finishing as runner-up on Idol and launching his own respectable solo career, Lambert reconvened with Queen for a collaboration dubbed Queen + Adam Lambert, and, since 2012, they’ve intermittently toured the world, finding, perhaps even more acclaim than the group’s prior tenure with Paul Rodgers, and the rotating panel of less-frequent guest vocalists they’ve entertained over the past few decades.

While Mercury was a one of kind, unrivaled talent, and, without him, Queen will never feel totally whole, Lambert does a hell of an impression, and brings an admirable amount of showmanship and youthful vigor to the group, who, since Freddie’s untimely 1991 death, have remained active in one form or another. Bassist John Deacon retired in 1997, two years after the band released their final album, Made in Heaven, which they recorded around demos Mercury made before his death, but with May and Taylor at the helm, Queen are still more intact than many of their peers. While new music has been discussed, first with Rodgers and now Lambert, no concrete plans for an album have been announced, but the longer Queen tour with Adam, the more likely the possibility seems.

After a relatively quiet year, the Queen + Adam Lambert have announced that they’re re-teaming for a huge North American run this summer, and have plans to bring their acclaimed live show to Nashville for the first time, Aug. 2 at Bridgestone Arena. Tickets are set to go on sale Friday, Feb. 3 at 10 a.m. CST right here, and a special pre-sale will be available to members of the band’s fan club.