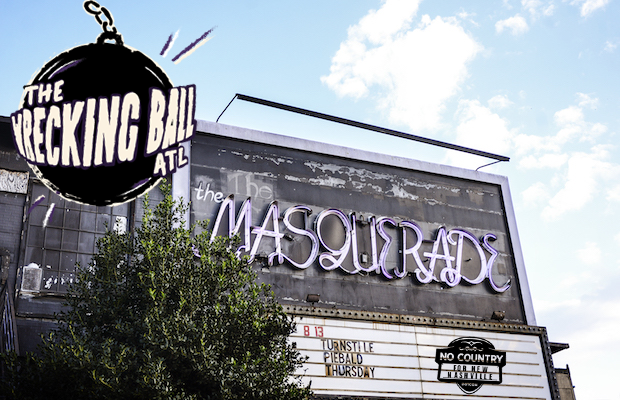 If you read our glowing review of last year’s second annual Wrecking Ball festival in Atlanta, which also served as an early farewell to the original home of long-running, famed club The Masquerade, then you already know how much we’re looking forward to its return. Originally intended to be a 25th anniversary bash for The Masq in 2015, we were initially unclear about Wrecking Ball’s future beyond year two, but were thrilled when, shortly after the 2016 fest’s conclusion, promoters signaled intention for it to continue on indefinitely. However, in the months since, The Masquerade’s planned move to downtown Atlanta seems to have been longer and more involved than anticipated, and, as a result, the team have decided to take 2017 to “work on the long-term future of The Masquerade” as well as to find a suitable, larger space to host Wrecking Ball in 2018.

With its unparalleled mix of the best of contemporary punk, countless exciting reunions, and a selection of nostalgic acts unlike any other festival in the nation, Wrecking Ball is a gem just not in the region, but of the entire festival scene. We’ll be counting down the days until its return.