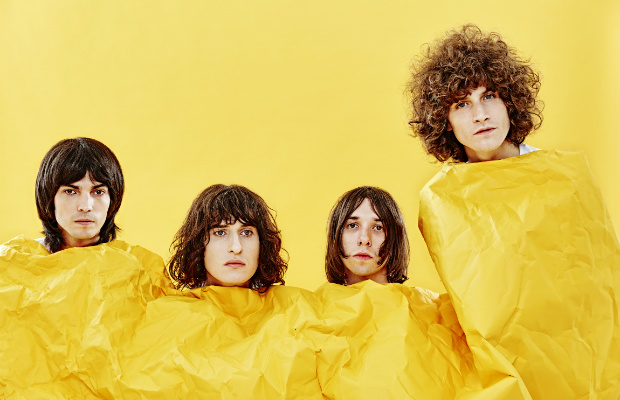 Kettering, England quartet Temples have been a rising voice in the psychedelic sphere since emerging on the scene in 2012, and really caught attention on both sides of the pond with their debut single “Shelter Song.”  Things started moving pretty fast for the young rockers after a raucous run through SXSW, the release of their 2014 debut full-length, and performing festivals and gigs worldwide (including Bonnaroo 2015).  After those hot and heavy years of touring, the band took a little time off to write and record their sophomore record Volcano, which is due out on March 3 via Fat Possum.

In anticipation of the new record, a few singles have trickled out over the past few months, including “Strange Or Be Forgotten” and “Certainty,” which you can listen to below. If you are in Nashville, you can also catch the group at a special in-store at Grimey’s on Feb. 17 at 6 p.m.  If you want to make sure you are there, pre-order Volcano on vinyl or CD at Grimey’s, while supplies last, to receive a wristband for guaranteed entry.