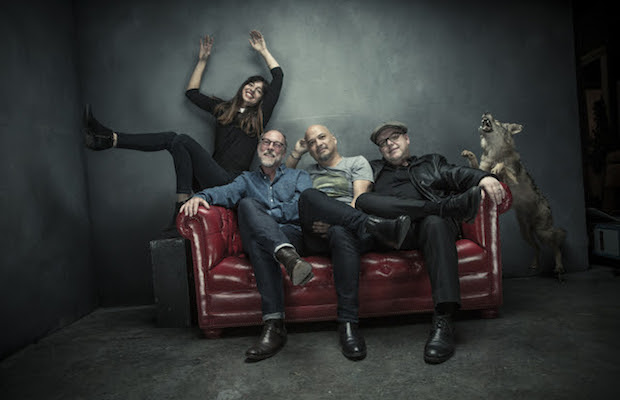 At this point, seminal alt rock icons the Pixies have been reunited longer than the the 11 years they were broken up, and much longer than the seven that comprised their original, prolific run. It wasn’t until 2014, however, a decade after they first got back together, that the group finally released a new full-length (at first, as a series of EPs), and have become increasingly more active ever since. The wait for another modern-era LP from the band, who now count Paz Lenchantin among their ranks after 2013 departure of Kim Deal, was thankfully much shorter, with their seventh album, Head Carrier, arriving last year. Continuing to tour the world in support, Pixies have just announced moth-long run of spring dates, which returns them to The Ryman Auditorium on May 5, where they’ve performed many times over the years, most recently in 2014. Notably, the group are also set to play Atlanta’s Shaky Knees Fest this year, which is set for the following weekend. Public Access T.V. have been tapped to open, and tickets to The Ryman show go on sale Friday, Jan. 27 at 10 a.m. CST right here (or you can grab pre-sale tickets TODAY using code ‘MASHER’).