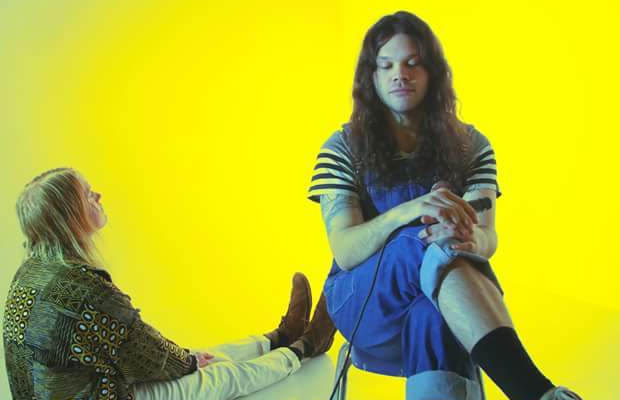 We first told you about local psych pop outfit Okey Dokey, this spring, ahead of their debut performance with us at our Acme Feed & Seed showcase.  A songwriting duo composed of The Weeks’ (and former Sol Cat) guitarist Johny Fisher and local artist and bassist Aaron Martin, Okey Dokey have continued to flesh out their love of Motown, retro pop, and psych in the remaining months of 2016, and will be releasing their debut LP Love You, Mean It in early 2017.  The record, which features a slew of guest musicians from Wild Child, The Weeks, Bully, Rayland Baxter, and more, will feature the band’s debut single “Wavy Gravy,” as well as the recently released, “Congenial Man.”  The latest single is a pure throwback psych pop gem, and channels a vein that bands like Whitney have seen considerable success in this year, and definitely cements Okey Dokey on the list of bands to keep an eye on in 2017.

Head below to check out the video for the new single, and head to the Basement East tonight to catch them performing at part of Lightning 100’s Thunderground featuring *repeat repeat, ELEL, and Blank Range.  Tickets for that show are available here for only $3.