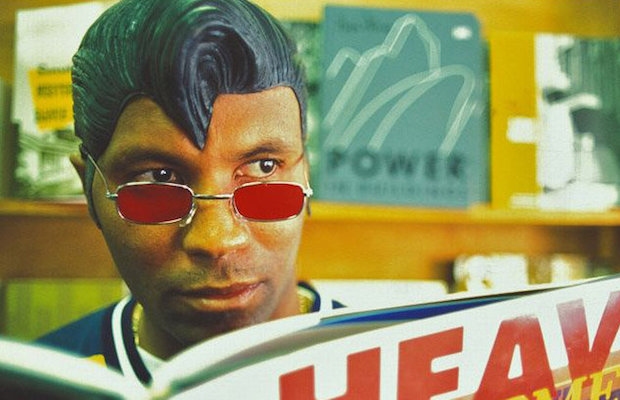 With a celebrated, varied career spanning more than two decades, its seems likely that beloved rapper Kool Keith has, at some point, performed in Nashville; however, if this is the case, we certainly can’t find any evidence of it. Set to make either his debut or long-overdue return, Keith is not just playing Music City on Dec. 11, but performing east of the Cumberland to boot, at The Basement East! Joined by Kosha Dillz, this is sure to be one of December’s most interesting shows, and a very special way to wind down a great year of music for fans of quality hip hop. Tickets are still available right here, but we’re also giving away a pair of tickets to one lucky fan! Read on for details and enter below!

Jewish rapper from New Jersey? We couldn’t think of any better out of left-field paring to compliment Kool Keith’s uniqueness than Kosha Dillz. Born to Israeli immigrant parents, Dillz’ early exposure to hip hop came from Bar Mitzvah dances, prompting him to pursue rhyming in the flourishing underground New York hip hop scene of the late ’90s and early ’00s. His debut solo LP, Beverly Dillz, arrived in ’09, and, in recent years, Kosha has shared the stage with big names like Snoop Dogg, Cage the Elephant, and Ghostface Killah, collaborated with RZA and Matisyahu, nabbed a placement in a Super Bowl commercial, and more. Taking inspiration from old school hip hop flow, Kosha Dillz is perfectly suited to get this show started!

Winner will be announced Wednesday, Dec. 7 at 3 p.m. CST, and will receive one pair of tickets. Good luck!