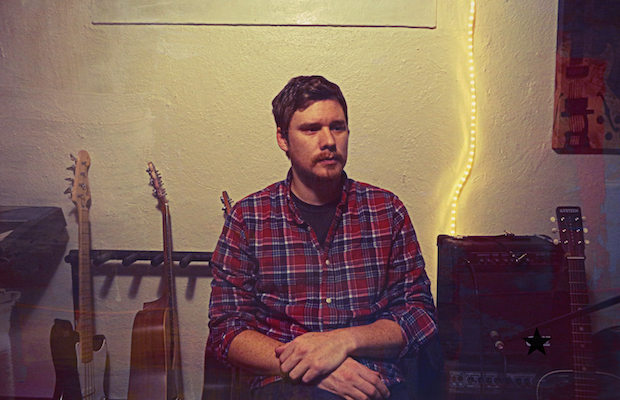 Local singer-songwriter and producer Michael Stovall has been making a name for himself in the music world for nearly a decade. In 2014, he released his first solo album, Georgia, just months before relocating to Nashville. Since then, he’s focused his time on producing great local music, including a new project of his own. Under the moniker Red Porch Kid, Stovall has crafted an album completely on his own. Rocketship, due out this January, was mixed, mastered, produced and recorded in his one bedroom apartment earlier this year. Today, we are very excited to give you a sneak peek of what’s to come with our exclusive premiere of his reflective new track “Good Heart.”

“Good Heart was a song that happened pretty quickly,” Stovall tells No Country. “I was thinking about how different experiences or relationships can often end pretty quickly, but neither side is really to blame. It doesn’t make you a bad person if you lose touch with someone, we’re all human beings. Sometimes things just end, and it’s ok to move on with your life.”

Click on to hear “Good Heart” and to find more information about Red Porch Kid’s music.