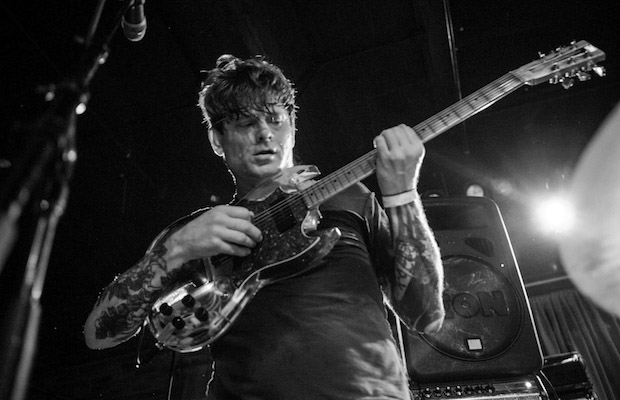 On election eve, there was electricity in the air here in Music City, and it had nothing to do with either candidate. The impossible voter outcome was a day way, and it still seemed very improbable, so the only thing on anybody’s mind was garage psych punk, courtesy of legends in the field, Thee Oh Sees. It had been two years since they last melted skulls, and we assure you they did not disappoint this go ‘round. With help from Amplified Heat, and local, via PA, punk singer songwriter Ron Gallo, it felt like the doors might blow off of Mercy Lounge. If it really was the night before the beginning of the end of the world, we couldn’t think of better company. Read on for all the juicy details, and for some great shots from contributing photographer Amber J. Davis.

With word that tickets had sold out, I decided to get to the venue earlier than usual. The fact that I’m a hardcore Oh Sees fanboy (I was so anxious for the show to start my stomach was in knots) was also a factor in my decision to get out of the house as quickly as possible. I knew it had to be the hottest ticket in town, even on the Monday before a presidential election, because all four of my roommates had also snagged tickets. We can rarely even agree on what to watch on Netflix. Obviously some bands transcend, encompassing all music fans who know good shit when they hear it. 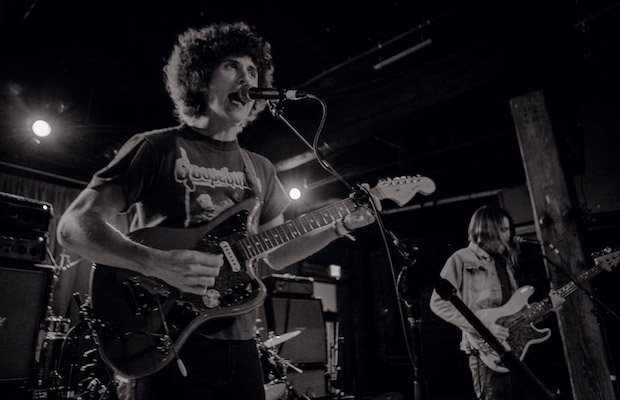 Walking up to the bar to order a bourbon and ginger, I took stock of the already sizable crowd. There were the expected members of the X-hand army; kids under twenty one (one of them struck up conversation with me, mentioning he’d come all the way down from Cleveland). However, more surprisingly, there were a lot of people in their thirties, and even a few OG gray haired rockers still sporting their punk band patched cut-off denim vests, eager to prove that the movement is alive and well through out many generations.

In that spirt, first up to bat was a younger performer, Ron Gallo, who first made waves in his native Philadelphia with a band called Toy Soldiers. When the group disbanded in 2014, Ron traded his old sound and his old city for new ones. Now calling Nashville home, he’s creating a nice brand of garage punk with a songwriter’s flair, akin to Billy Bragg. This comparison especially rings true on the track “All The Punks Are Domesticated,” my favorite of the night, but not his only gem. The power trio arrangement was minimalist, giving his great writing, and wonderful guitar work ample room to breathe. His vintage looking Goosebumps t-shirt also helped me to remember a simpler time in my life, when I didn’t care whether I lived in a red, blue or purple state. After he finished his throughly impressive set, I decided immediately he is exactly what our local garage rock scene needs. I look forward to catching him around town again, and I cursed myself for not getting hip to him even sooner. 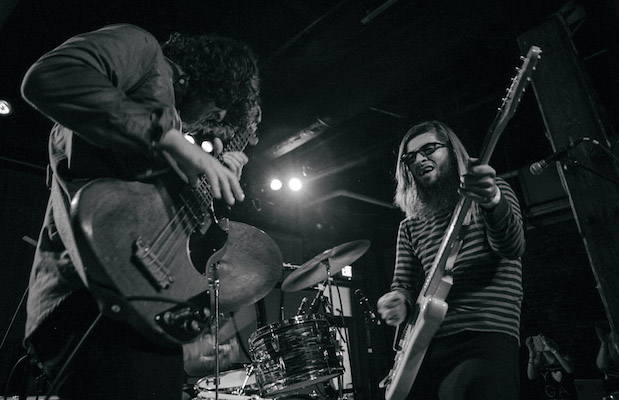 In between sets, I mingled with the crowd, running into my roommates, and almost everyone I know in Nashville with good taste in music. This reaffirmed three strong held believes I currently have. First, Thee Oh Sees are easily one of the best currently active bands going. Second, the scene they have helped to revive/build (psych garage punk) isn’t just niche, it’s thriving and growing exponentially. Third, I’m at least starting to get the hang of this music journalism thing, because my circles seem to have their fingers on the pulse of the current counterculture. Encouraging indeed, for someone trying to tell the countercultures’ story, one blog post at a time.

Soon, it was time for Austin alt-blues rock ’n’ rollers Amplified Heat to have their say. If there’s one thing they do well, it’s playing loud. Spinal Tap might say they play at “eleven.” AH’s speed is incredible, fast and furious from start to finish. Imagine Texas roadhouse blues, but with punk pace, and you’re starting to understand what they’re working with. They also weren’t afraid to get psychedelic on breaks in the songs, leaving ample room for a quality guitar led jam or two. I recognized some songs from their latest record, On The Hunt, and made the decision right then and there that I’d be downloading it as soon as I got home. 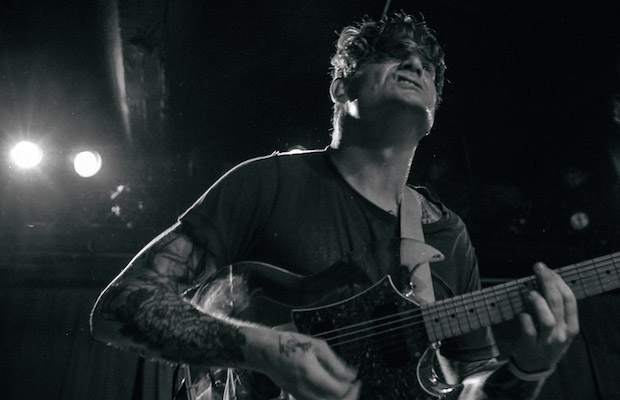 After what felt like an eternity of waiting for soundcheck, it was time for the main event.  The murmurs in the air had turned to a steady drone, as the bees in the hive prepared for the inevitable assault on their ear drums. Frontman and co-founder of Castle Face Records, John Dwyer, took his place stage left, leaving plenty of room for his featured dual drummers at center stage. He surveyed the crowd, fine tuning and tweaking his custom twelve-string guitar, and his array of effect pedals. Finally he spoke.

And dig in we did! The tone was set immediately, with little or no deviation. Fast, hard, and intense AF. The venue had turned off the massive bladed ceiling fans, and it’s a good thing they did, because the crowd surfing and moshing wouldn’t let up for nearly the entire 90 minute set. When he wasn’t singing in his trade mark invader-from-another-world falsetto, John was thrashing his head in time, completely soaked in sweat by song two, despite wearing his trademark denim cut-off shorts (something he does for every show no matter the weather/season/location). More so than any band I’ve ever seen, the crowd feeds off the group’s energy. This isn’t unique to Thee Oh Sees, but no one does it better. The dual drummers hammering out a syncopated beat, the bassist keeping the rhythm; all just a canvas for Dwyer’s phenom level guitar playing and mastery of pedal effects. Crowd favorites included “Thump Buster,” and “I Come From The Mountain,” both off of the spectacular 2013 release, Floating Coffin. They also played plenty off their latest release, A Weird Exits, including sing-along ready “Gelatinous Cube.”

Towards the end of the set, everyone in attendance was a hot sweaty mess. The pit had extended at least ten rows back, crowd surfers were making it fifteen rows back before crashing to earth when someone in  line for the bathroom wasn’t paying attention. At one point a teenage kid came tearing out from the thick of it, drenched in sweat. He pushed passed me, and proceeded to vomit profusely into a trash can three people over. After several violent retches, he looked up smiling, gave a thumps up, and went back into the madness. It’s not officially a Thee Oh Sees show until you see someone bleeding or throwing up. Long live rock ’n’ roll. Much too soon, it was time for them to call it a night … and upon reflection it was probably for the best, because we were all near exhaustion, and I’m not sure how much more the crowd could have taken. Enjoy the quality spread from contributor Amber J. Davis, and also be sure to snag Thee Oh Sees second record of the year, An Odd Entrances, when it drops Nov. 18.