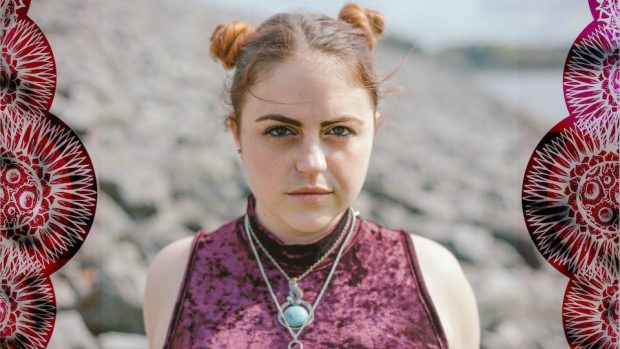 We at No Country love alerting you to new artists on the rise, and today we’d like to introduce you to MELD, the new moniker of singer-songwriter Melanie Dewey. Melanie creates songs that encompass a wide range of genres from soul to americana, and her vivacious and loving spirit is found all throughout her music and the artistic goals she has set out to accomplish in Music City. Since moving to Nashville two years ago from Upstate New York, she has played venues all over town, and recently turned heads in Music City Big Break Competition that was held at Mercy Lounge.

Today, MELD is celebrating the release of her debut single under the new moniker, “Easy On The Game,” which uses three strong and prominent chords, played with a vintage Rhodes sound on her Yamaha, to carry the tune from start to finish. What began as a song about an ex-boyfriend has flourished and blossomed into a funky and melodic rally call for humanity to come together, a sentiment that rings all too true this week as we recover from an intense election night. MELD is set to celebrate the single release with a show at Tennessee Brew Works on Saturday Nov. 12 starting at 4pm.

Dawes Announces Two Nights at The Ryman on Apr. 28-29