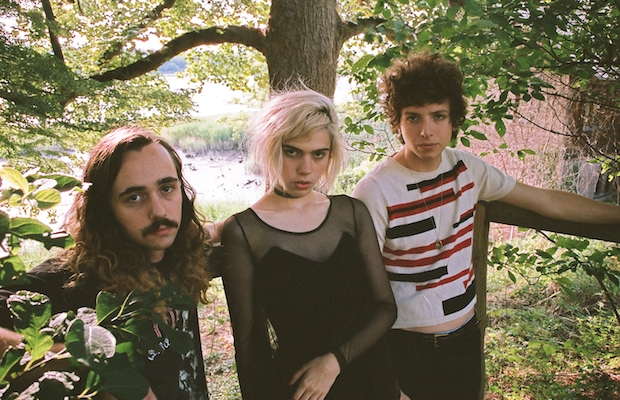 Need a distraction from post-election dread? There’s no better escape than live music. Tonight, Nov. 9, a trio of buzzworthy new acts, all with stunning new records in tow, are set to perform at Exit/In, headed up by genre-bending indie outfit Sunflower Bean. Fast becoming a must-know act, the Brooklyn group are joined by indie popsters The Lemon Twigs and likeminded rockers American Wrestlers for a night of quality, well-matched tunes. You can still grab tickets here, so ensure your spot and read on for more about this exciting lineup!

Formed only in 2013, out of the ashes of former projects Supercute! and Turnip King, Brooklyn’s Sunflower Bean have seen a swift and well-deserved rise, since first springing onto the national scene last year with self-released debut EP, Show Me Your Seven Secrets. Made up of bassist and frontwoman Julia Cumming, guitarist Nick Kivlen, and drummer Jacob Fabe, the group combine dreamy, indie rock with psychedelic and post-punk tendencies, forging a unique and substantive sound that helped make their debut full-length, Human Ceremony, one of this year’s best releases. Fast becoming a buzzed about live act, the group have shared the stage with big names like Wolf Alice, Best Coast, DIIV, and The Vaccines, and are heralded for their genre-bending, rich musical sensibilities and earnest songwriting. If you missed their Music City debut almost exactly a year ago, make Sunflower Bean’s return a must!

Like Sunflower Bean, relative upstart, retro pop influenced rockers The Lemon Twigs have come a long way in a short time. Founded by the sons of late ’70s popster Ronny D’Addario, music clearly ran in the family for Brian and Michael, and they are carrying the torch for their father.  They picked up his pop sensibilities, and mixed in some contemporary flair, which ultimately caught the attention of 4AD, who released their debut album, Do Hollywood, last month. We recently caught the band’s stellar performance opening for Car Seat Heatrest at Mercy Lounge, and are thrilled to see them back so soon.

Like Sunflower Bean, St. Louis outfit American Wrestlers are on Fat Possum Records, and also like Sunflower Bean (and The Lemon Twigs), they’re a relatively new act who are fast gaining traction. Conjuring a warm, ambient, lo-fi infused, pop accessible sound, the group have released two full-lengths, and their most recent, the brand new Goodbye Terrible Youth, stands as one of the best under the radar records of the year. A great addition to this buzzworthy bill, American Wrestlers are definitely a band worth showing up early for!