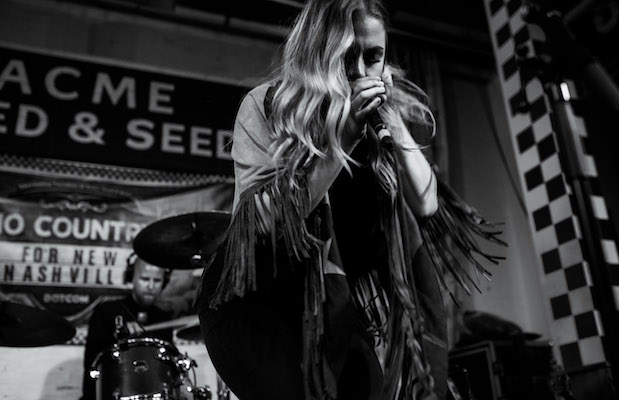 Our long-running, free, bi-monthly Acme Feed & Seed showcase series is still going strong, and we closed out October on a pop friendly note. We were pleased to welcome melodic pop songstress Masha, genre breaking performer Daphne Willis, and poppy rock outfit Birthday Club. Read on for a full recap, check out some great shots from contributing photographer Nolan Knight, and be sure to head to Acme next week (Nov. 8) for Waterfall Wash, The Narrative, & Kayleigh Goldsworthy!

Feeling confident that I’ve finally figured out my timing by making the proper adjustments for traffic, parking searches, and other downtown events, I’ve been getting to Acme punctually for my Tuesday night coverages. Hunkering down near my preferred zone by the far bar, I ordered a cold one, and got situated for the night’s first performer. 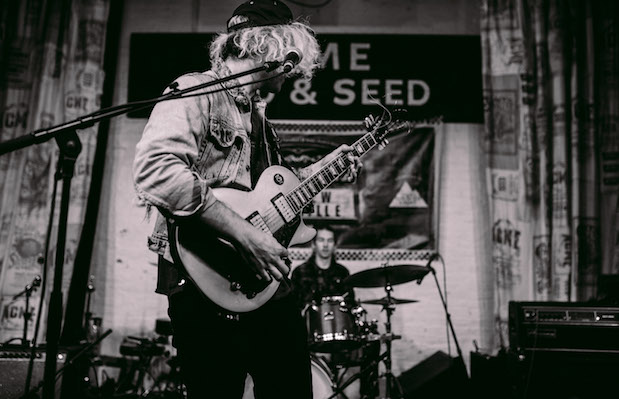 Hailing from Houston, TX, Birthday Club were super stoked to be playing their first ever Nashville show. Two weeks into their tour, which also took them through Knoxville, they seemed a little road weary in-between songs, and a little unsure of what day it was. However, the performance was as tight, and cohesive as anything I’d covered in a while. Having worked the beat in Music City for several years now, I find it’s always easy to tell which bands have spent time practicing, traveling, and performing together, and which ones haven’t. It is Nashville, so most musicians can throw a killer band together at the drop of dime, and put on a decent show without a ton of rehearsal, but when a band is into one another, touring, and really digging what they’re trying to do, it always shows. Birthday Club is one such band, and the well oiled machine powered through their psych-inspired pop flawlessly. They remind me of a less emotional version of The Cure, with their straight outta the ‘80s synth, but they bring it back to the present with garage/psych riffs. The dance ready number, “Having Too Much Fun,” really got my attention, but the entire set was solid, and I found myself excited to spin their debut EP, Lighten Up, once I got home. 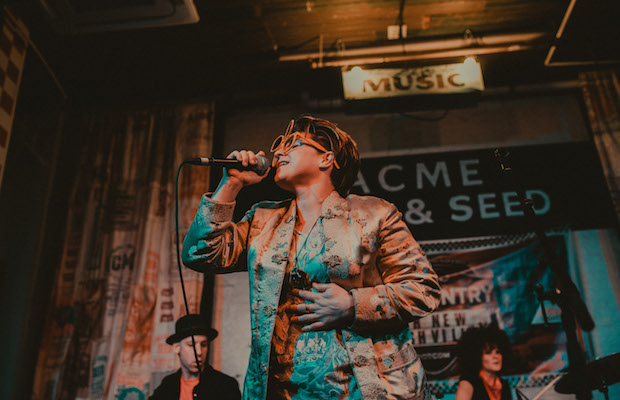 No stranger to No Country coverage, Daphne Willis is the rare talent that defies genre, bouncing from the simplicity of a singer songwriter, to a bubble gum pop banger without skipping a beat.  Ever present in the mix are elements of hip hop, EDM, r&b, funk and even a little Americana rock, but she weaves through them effortlessly with style and grace. She belted it out on her first song, “Done With Bein’ Done,” and her huge voice was accentuated by a STELLAR backing band, especially her lead guitarist, who shredded the cheddar on “Do What Ya Wanna Do,” to dramatic effect. I was hoping we might get a Beatles song, since she recently released a EP full of their covers, but instead she opted to do a incredibly spot on version of Jamiroquai’s “Virtual Insanity.” Later she had us all help her sing happy birthday to her father, who was in attendance, and throughout her set, her incredible stage presence and banter made for quite an enjoyable experience. Can’t wait to see her again, perhaps with a longer set, but the schedule is always tight at our Acme showcase, and there was still more to come. 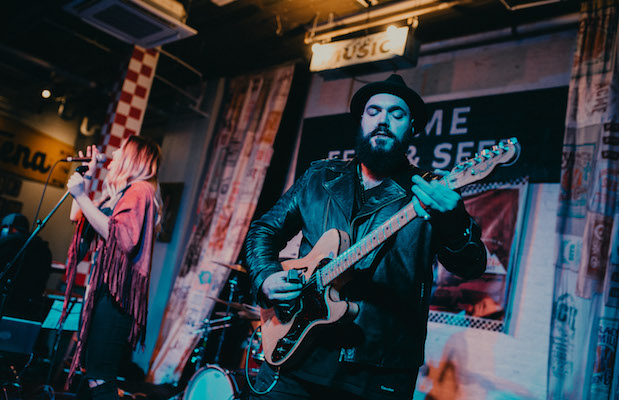 After some technical difficulties, it was time for our headliner, the wonderful rising local pop singer Masha, to do her thing. Her near pitch perfect singing was spellbinding, and it was obvious from the jump that this girl knows what she’s doing. Getting her start at just eleven years of age, and now collaborating with Grammy nominated songwriters/producers Claude Kelly and Chuck Harmony (Rihanna, Bruno Mars, Miley Cyrus, Britney Spears) only proves the point. She started with the cautionary love song, “Your Love is Like Liquor,” that was wonderfully written, painting images of a romance gone afoul. Her spectacular keyboard player layered wonderful synth, and elements of electronica, giving her sound a Lana Del Rey feel, but with even bigger pipes.

She got a little raunchy with the racy, hip hip influenced “BWB,” short for Bad White Bitch.  “I wanna get kissed by a bad white bitch,” she sang in the instantly-cemented-in-my-brain hook. The large crowd, who apparently mostly come for her, ate it up, singing along in time. Later she shifted gears on the gothic and dark piano led “Mr. Presley,” her tribute to The King, which builds to bad ass crescendo. She kept it going, and blessed us with some more radio ready songs, and it seems like a fore gone conclusion that we’ll be seeing more from her around town in the very near future. While you’re here, enjoy a great photo spread from contributor Nolan Knight, and sure to join us again at Acme Nov. 8, for Waterfall Wash, The Narrative, and Kayleigh Goldsworthy.