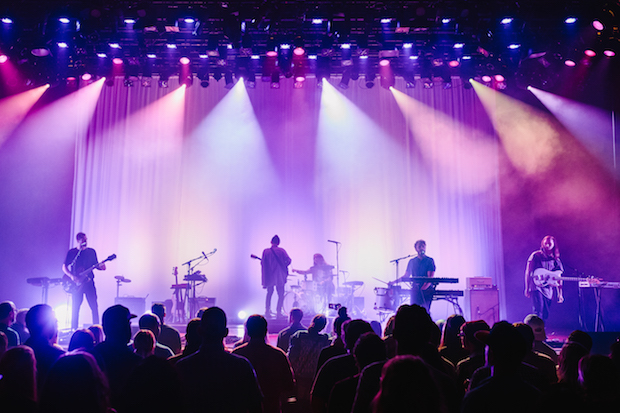 There’s really no better place to be than The Ryman Auditorium on a Friday night during the fall, so seeing Local Natives recently immediately became the highlight of my show calendar for 2016. After a pretty significant gap in touring, due to recording their album Sunlit Youth, they finally released the album and made it back to Nashville to an almost sold out crowd, and we were among the lucky audience. Read on for a full review and stunning photos from Shayne Garcia!

Let me just start off by saying that this is probably one of the most biased show reviews you’ll ever read. I’ve been a Local Natives fangirl since I discovered their debut album Gorilla Manor in 2010, and have been following/obsessing over them from that point on (I even have lyrics from “Breakers” tattooed on my arm, in case you were curious about my dedication). This was my fourth time seeing them, and I can honestly say they just get better every time.

I got to the Ryman right in the middle of opener Charlotte Day Wilson’s set. The Toronto-based singer, songwriter and multi-instrumentalist impressed me with her smooth, soulful voice and minimalist sound. Her music has that low-key, ambient feel reminiscent of Låpsley and Jessie Ware, but the young singer definitely stands out. She closed her set with her slow and sultry single “Work.” 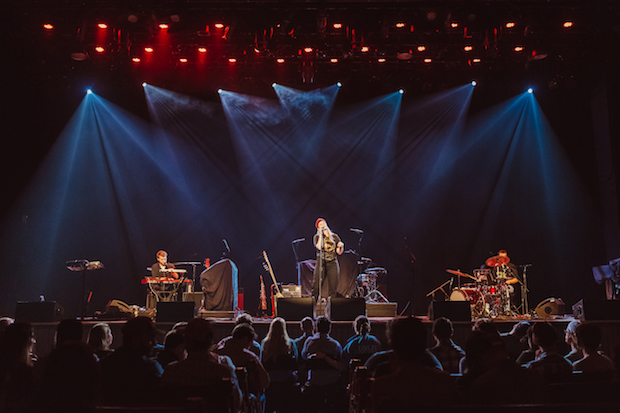 The anticipation for Local Natives’ performance was palpable, and when the guys finally graced the stage, the crowd immediately jumped out of their seats and greeted them with enthusiasm. They dove right into “Past Lives,” the first single from Sunlit Youth, the perfect anthem to kick off the show. There’s a part during that song where singer/guitarist Taylor Rice sings with such fervor that it’s almost a yell, and it literally gave me goosebumps.

After that killer intro, singer/keyboardist Kelcey Ayer addressed the audience, thanking us for coming out and letting us know that the night would be filled with a bunch of new songs and some old ones, too. Then they launched into “Wide Eyes”, the opening track from Gorilla Manor. This was particularly nostalgic for me because it was the first song of theirs that I’d ever heard. They did a great job of mixing up the setlist between new and old songs, and you could tell which ones were crowd favorites (especially “Airplanes”). They also brought out Charlotte Day Wilson to join them on their beautifully melancholic duet “Dark Days” (the recorded version features Nina Persson of The Cardigans). 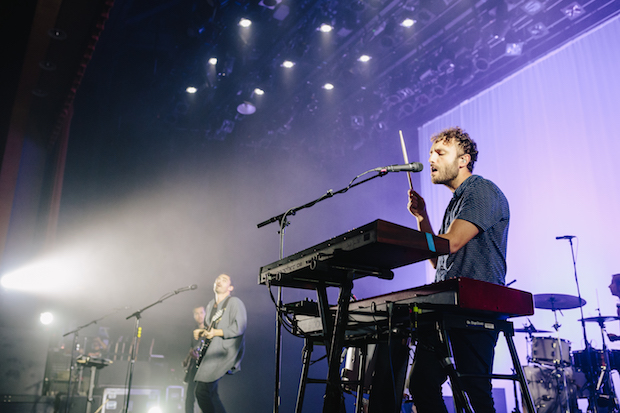 One thing that I think sets Local Natives apart from other indie rock acts is the way they master so many different harmonies. There are so many vocal layers in every song, and it sounds every bit as intricate live as it does recorded. Plus, Taylor and Kelcey have a very obvious chemistry on stage; they totally feed off each other’s energy, and you can tell that they’re having fun the entire time. The singers both took turns in between certain songs to explain their meanings, particularly before the politically-charged tunes “Mother Emmanuel” and “Fountain of Youth”. I’m paraphrasing, but during his introduction of “Fountain”, Taylor said something to the effect of how they wrote this album inspired by current events, but wanted it to be positive because they feel that despite so many obstacles, our society is still progressing. Considering that we’re in the midst of one of the – if not THE – nastiest elections in history, it was nice to take a break from that for a minute and acknowledge the good that’s happening in the world.

Even if they had played all three albums in their entirety, it still wouldn’t have felt like enough (for me, at least). But the evening finally drew to a close as they winded down with a brand new song called “I Saw You Close Your Eyes” (which sadly isn’t available anywhere), and “Who Knows, Who Cares.” The group did a good job of pretending that it would be their last song of the night, but we all knew that they were coming back out because they hadn’t played “Sun Hands” yet. I’ll be interested to see if there’s ever a point in their career where they don’t end with that song, just because the ending is so powerful and you really see just how hard they can jam out.

So all in all, another 10/10 performance from the boys of Local Natives. Can’t wait to have you back in Nashville again.