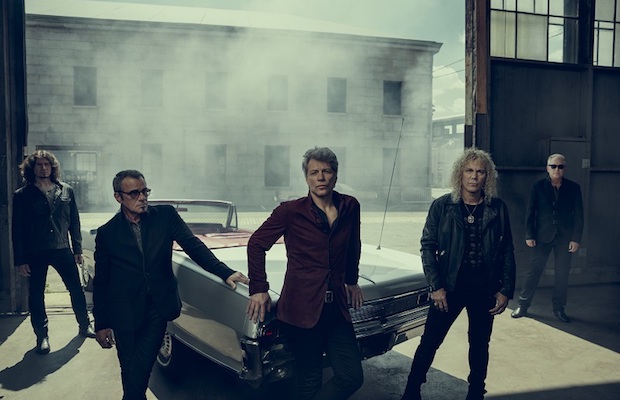 Not be outdone by the crew in front of The 5 Spot rocking Bon Jovi gear to throw us off the trail of the presumed Lady Gaga show this evening, the actual Bon Jovi, gearing up to release their new album, This House Is Not for Sale, on Nov. 4, have just announced a winter tour, which brings them back to Nashville for the first time in four years Feb. 18 at Bridgestone Arena. Their first LP since guitarist and founding member Richie Sambora abruptly exited in 2013, Bon Jovi’s new album is a self-described return to their roots, and they’ve been previewing it in full for fans with a recent string of intimate club shows around the world. Tickets to the group’s Nashville outing go on sale Saturday, Oct. 15 at 10 a.m. CDT right here, with various fan club pre-sales beginning sooner (details here).