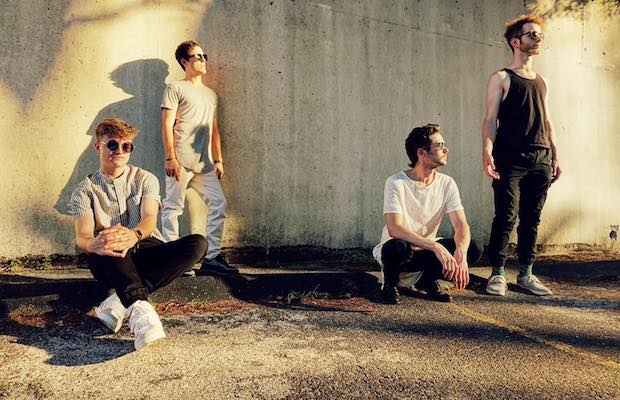 Local electropop outfit KiND take cues from the movie Flashdance and ’80s workout tapes in their new video for “Don’t Stop.” The piece features plenty of pastel colors, VHS effects, haze, and spandex-clad booty as the band members try to keep up with their fitness coach. The cheeky visuals are set to vocalist Gabe Vitek’s smoothly motivational vocals and sculpted synth hooks.

Vitek says, “The concept for the video was born when we were creating the sample for the techno break. We were pulling mechanical sounding phrases from an online language generator. The samples gave way to images of an aerobics instructor. It was either gonna be a Richard Simons impersonator or a smoke-show. Luckily we were able to come away with the later and scouted one of the most beautiful women in Nashville, Haley Jade, to play the lead.”

When asked about how many calories the band burned in the video, Vitek responded, “I’d say the band collectively burnt the caloric content of the bottle of Hornitos Reposado that was consumed during the choreography. Additionally burning about 100,000 cals. from the heart-racing spandex views that held our eyes with more gravity than our solar system’s sun.”

KiND recently opened for St. Lucia at the Cannery Ballroom and have more music coming out on the horizon. For now, hop into your own spandex workout gear and sweat it out to KiND’s workout video for “Don’t Stop” below.