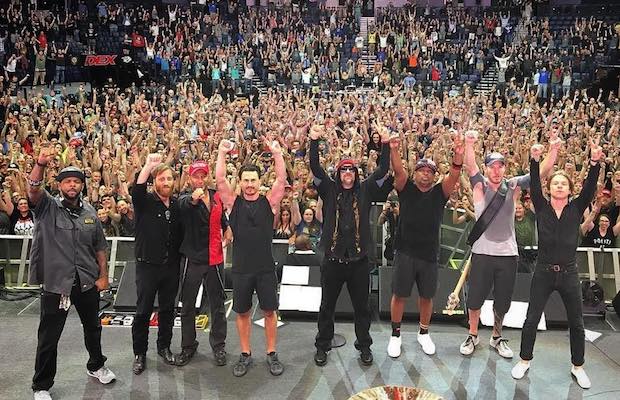 Jack White’s performance alongside Yusaf/Cat Stevens at The Ryman wasn’t last night’s only high-profile local drop-in. Happening just a few blocks away, rap metal supergroup Prophets of Rage, made up of members of Rage Against the Machine, Public Enemy, and Cyprus Hill, welcomed a pair of local rockers of their own, Matt Schultz (Cage the Elephant) and Dan Auerbach (The Black Keys, The Arcs), to guest on a cover of MC5 classic “Kick Out The Jams” (a song they also recently covered with Dave Grohl in LA and Toronto). Shultz, on lead vocals, absolutely stole the show, which should be no surprise to anyone who’s ever seen Cage in concert, while Auerbach (who produced the latest Cage the Elephant album, Tell Me I’m Pretty) stood toe to toe with Rage’s Tom Morello on guitar duty.