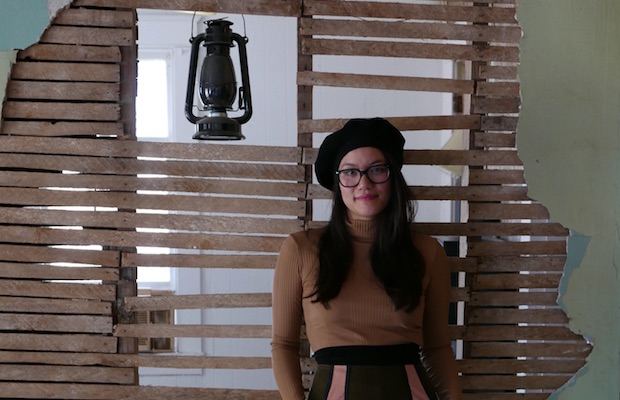 Nashville based dark-folk artist Ariel Bui is gearing up for the release of her self-titled debut album on Sept. 30, and we are thrilled to premiere the single “Appraisal” from that album. Bui’s sound is packed with retro guitars and pianos that carry her smoky vocals and honest delivery, and this single in particular is reminiscent of the spark that Courtney Barnett has produced over the past few years.  Ariel, the child of Vietnamese immigrants, has lived an interesting life, struggling with family mental illness, while exploring her art and chasing love.

We asked Ariel about the song and her inspiration.  She tells us, “‘Appraisal’ is set to a poem of the same name written by Sara Teasdale (1884-1933). The poem was in a book, Modern American Poetry, published in 1930 which I found at a pay-by-the-pound thrift store in Nashville. The poem really resonates with me, especially since it’s written by a woman from a different time period and declares feminine independence while still surrendering to love.”  She continues, “The song was influenced by the old-school rock n roll sounds of bands like Angel Olsen and The Ettes.  Warm analog, simple rock n’ roll.”

The record will release officially release on Sept. 30, and you can pre-order it right here.  If you want to get a jump though, you should head to Fond Object on Sept. 25 for the vinyl release party that will take place during the AmericanaFest Showcase with Fly Golden Eagle, Aaron Lee Tasjan, Blackfoot Gypsies, JP Harris, Tim Easton, and more.  You can find out more about the event at the band’s Facebook page.