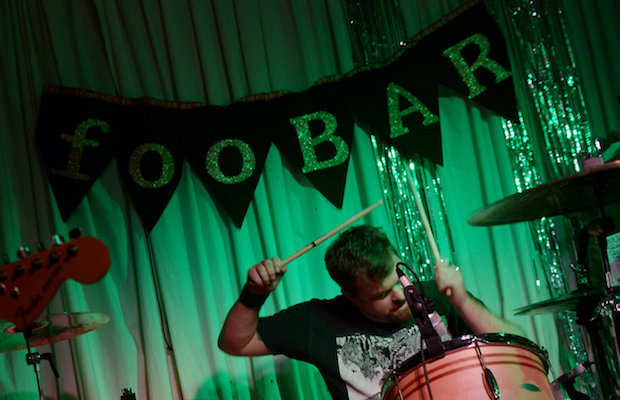 If you’ve driven by long running East Nashville dive bar and show space fooBAR this week, you’ve likely noticed an eye-catching new paint job. As it turns out, the new look isn’t an attempt to spruce up an old bar, but, instead, is the signal of its transformation into a different space entirely. As reported by our friends at the Nashville Scene, the local haunt will abruptly shutter after tonight’s de facto final show, featuring a bill of Anna Rose, Clarity, Jess Nolan, Kat Milk Blu, according to the venue’s calendar. The Scene reports that fooBAR is expected to reopen and rebrand under the name Cobra, though a timeframe and additional details are unclear at this time, as the venue, which maintained a spotty social media presence over the years, has made no apparent announcement. Presumably, all shows on fooBAR’s calendar, which extends for several months, are to be canceled, postponed, or moved, but we’ll report back with more details as they emerge.

As much a bar as it was a venue, fooBAR has nonetheless served as a great hub for emerging and smaller local and touring acts, hosting live music in both its front room and fooBAR.too venue space. For the last several years, our friends at Palaver Records have hosted a weekly showcase, and we’ve seen some amazing special performances, like supergroups Thunderbitch and Salvador Dali Parton, and emo legends Mineral, in the venue’s intimate back room. Whatever Cobra becomes, we hope it’s able to fill the space fooBAR’s absence will surely leave in the local music scene.