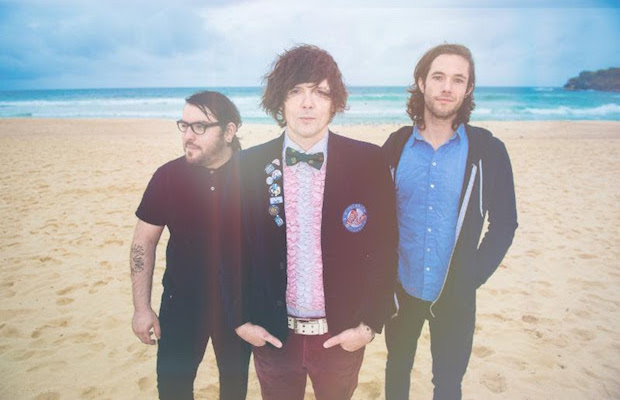 Philadelphia group Beach Slang, who we’ve praised in the past for their ability to co-opt elements of punk, heartland, and indie rock, playing with an energetic earnestness that feels like a love letter to classic punk without entering the territory for full-blown nostalgia, perfectly capturing feelings of youth, angst, and recklessness like the Replacements for a new generation, are set to hit the road this fall with another site favorite, Bleached, in support of their upcoming sophomore LP A Loud Bash of Teenage Feelings. Due out Sept. 23 via Polyvinyl, the band’s latest comes quickly after their buzzworthy debut, last year’s The Things We Do to Find People Who Feel Like Us, and was largely written on the road in support of that release.

So far, Beach Slang have showcased a further refinement and confident continuation of the sound that help propel them to instant modern punk heroes, and lead single “Punks in a Disco Bar” manages to expertly capture feelings of being young and misunderstood. Ahead of the LP’s release, the group have followed that up with another fantastic single and video, “Atom Bomb,” which deals with the highs and lows of volatile, young love. Directed by Jason Lester, the spot manages to perfectly channel Beach Slang’s old school sensibilities, and its timeless, raw edge suits the song perfectly. Watch it below!

Also, be sure to head here to grab tickets to see Beach Slang Oct. 18 at Mercy Lounge, when they pass through town with Bleached!