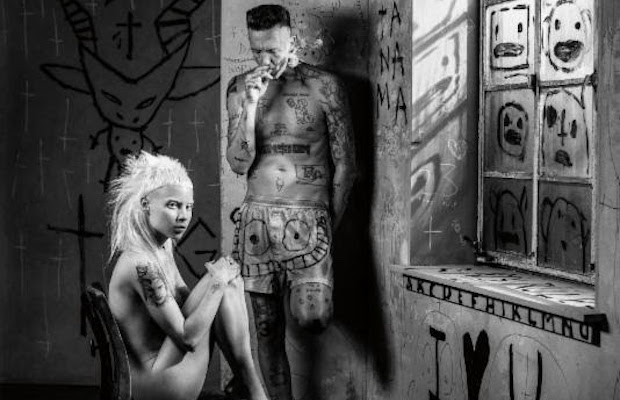 Since we first told you about Die Antwoord‘s upcoming Oct. 9 return to Marathon Music Works, the South African duo have kept especially busy, debuting a video for new single “Banana Brain,” dropping another crazy cut called “We Have Candy,” and spelling out in detail how they planned to disband in late 2017, following a “fifth and final album” and feature film. That last piece of news, however, seems to have been misconstrued, as singer Yolandi Visser, seemingly contradicting bandmate Ninja’s statements and context, announced that Die Antwoord would continue beyond next year, though still referred to the group’s fifth album, whenever that may arrive, as their “final” (so take that for what you will). The rap/rave group, who draw their intense, exaggerated, and often shocking image from South Africa’s regional “zef” counter-culture, are only just now prepping to release their fourth album, Mount Ninji and da Nice Time Kid, on Sept. 16, and return to Music City only a year and a half after an absolutely insane performance. Ahead of the new record, the band have also shared yet another new track, a strange trap inspired tune called “Fat Faded Fuck Face.” You can check it out below, and grab tickets to Die Antwoord’s upcoming show right here while they last!