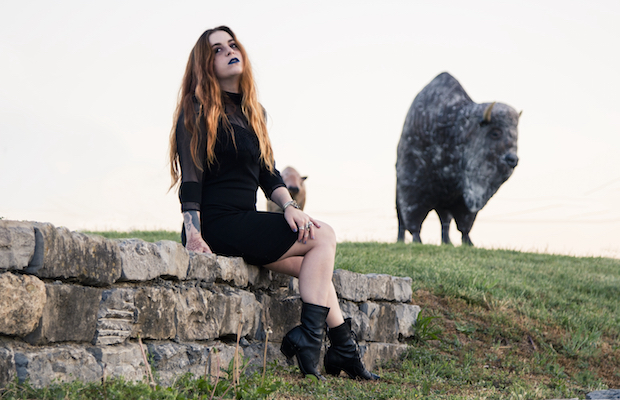 We’ve been singing the praises of local bluesy/indie singer-songwriter Kim Logan for years. Her 2013 self-titled LP brought the sounds of free-wheeling, swampy southern rock, soul, and blues to the present day. Now, Logan is gearing up to release a followup as a two-chapter concept series inspired by a tumultuous and toxic relationship, beginning with Pseudoscience: Chapter 1 on Sept. 9.

Logan already revealed a first taste of the upcoming album in the form of gritty, Vance Powell produced anthem “Cadillac,” and today, we’re excited to exclusively share her latest, another track helmed by Powell called “Neighborhood.” Kim’s voice sounds as powerful as ever behind gritty electric guitar and tambourine, infusing more diverse influences and indie rock sensibilities into her sound, as the song acts as a musical kiss-off to a lover who needs to follow their own separate path to happiness.