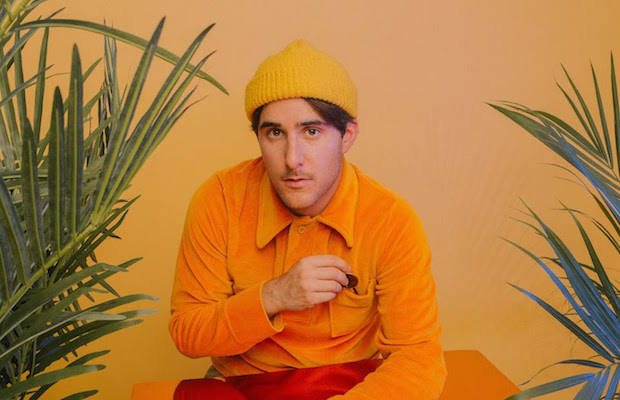 Though not officially slated to arrive until tomorrow, Sept. 9, via Congrats Records, the latest LP from local ambient, poppy, indie rocker HalfNoise is available to stream in full a little earlier, thanks to the fine folks at Billboard. HalfNoise, as we’ve told you numerous times in the past, is the solo musical vehicle of former Paramore drummer turned frontman and multi-instrumentalist Zac Farro. After making his debut under the moniker with a self-titled EP in 2012, Farro went on to release his first full-length, Volcano Crowe, in 2014, crafting a lush, nostalgic, and hauntingly beautiful record that served as one of the year’s best under the radar releases. When we last checked in with Zac, in a lengthy interview on our podcast, he had just unveiled a new new single “Inside,” recorded with famed producer Joel Little, a first after frequent collaborations with local producer Daniel James. For his latest, dubbed Sudden Feeling, which arrives months after briefly reconvening with Paramore to lend his drumming talents to their upcoming release, Farro took on the mantle of producer himself, opting to record in Los Angeles after spending months crafting his first album in New Zealand. The result is a shimmering, unabashedly catchy, gloriously retro, and incredibly confident effort, which is undoubtedly the best HalfNoise release to date.

Hear Sudden Feeling in full below and be sure to pick up a copy tomorrow, plus catch up on recent music videos for “Know the Feeling” and “Telephone,” and see HalfNoise live Nov. 20 at Exit/In opening for Paper Route (tickets here)!

Hear Amanda Shires' LP 'My Piece of Land' Ahead of Release, Plus an Unreleased Duet with Husband Jason Isbell