Hear Amanda Shires’ LP ‘My Piece of Land’ Ahead of Release, Plus an Unreleased Duet with Husband Jason Isbell 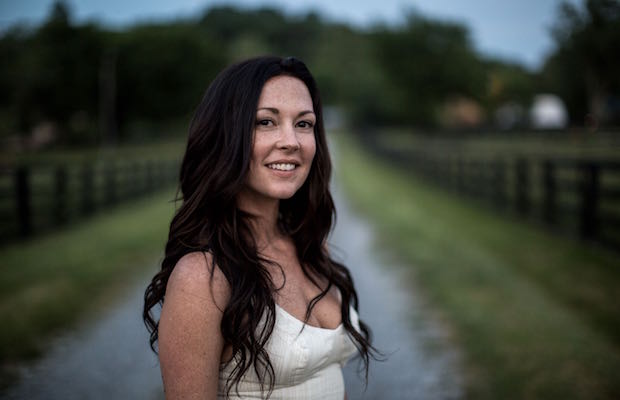 Texas bred, Nashville based Americana songstress and fiddle virtuoso Amanda Shires is gearing up to release her fifth solo album, My Piece of Land, a highly-anticipated followup to 2013’s Down Fell the Doves. Helmed by breakout local super producer Dave Cobb, who’s worked with everyone from Chris Stapleton to Anderson East to Shires’ husband Jason Isbell, the forthcoming effort was largely written last summer towards the end of Shires’ pregnancy, and thematically centers around feelings of home, anxiety, contemplation, and anticipation, ahead of the birth of her daughter Mercy. In recent moments, Amanda’s been busy both performing alongside her husband and as a solo artist, supporting big names like Ryan Adams and John Prine, all the while gearing up to debut what might be the best album of her career. Though officially not slated to arrive until Sept. 16, you can hear My Piece of Land in full a week early, streaming at NPR Music.

Follow this link to hear the whole thing, or get a preview below with singles “Slippin” and “Harmless.” For an even greater Amanda Shires fix, you can also hear a gorgeous acoustic duet with Jason Isbell, a track called “The Color of a Cloudy Day,” recorded for a movie but never released. It’s sparse and hauntingly beautiful, and you need to hear it immediately.

Finally, if you want to see Amanda live (and you should), you have plenty of chances throughout the fall. She plays Sept. 22 at The Station Inn as part of AmericanaFest, Sept. 27 at a free Grimey’s in-store, Sept. 30 at The Ryman in support of John Prine, and Oct. 29 at City Winery for a special album release. That’s a boatload of shows, so no excuses!