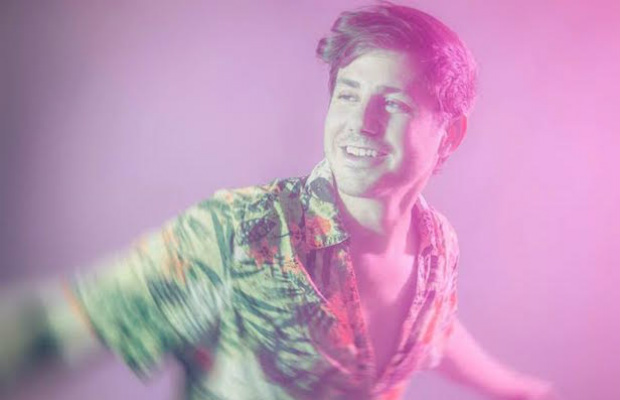 If your tastes in music are diverse as ours, then you are constantly looking for shows that span genres. After all, this is Music City, so why not try to sample as many different types of local music in your life as possible on any given night? With this in mind, we highly recommend you check out this funk/pop/indie rock bill tonight, Sept. 8 at The East Room, which features soulful friend of the blog LUTHI, funk big band The Broomestix, indie rockers Bad Acting, and and pop rockers The Alarms. You get all four band for the low, low price of just $5 at the door. This 21+ affair starts at 8 p.m. (doors at 7:30), and if you love the local scene, you’d better be there to help support. Still need convincing? Read on after the jump for more details on the performers, and for a sample of their goods. Hope to see you there.

Growing up in the suburbs of Milwaukee, Christian Luthi (performing as just LUTHI) came to Nashville to chase his dreams in 2009, and man are we glad he did. He’s been building on his jazz/funk/soul/pop-rock foundation ever since, performing with his stellar backing band all over town. With terrific stage presence, refined songwriting, and a nack for always turning the party out, Luthi is an artist we truly love to watch perform. With a couple of independently released EPs under his belt already, including his latest release, Home Again, which dropped last month, we think he’s on an up swing we hope it never stops. Look for him, and his band of badasses, to put it down extra tight at The East Room tonight, and stick around after because anytime he’s in the house laughs and fun times are sure to follow!

Eager to bring you huge sounds with their ten member ensemble, The Broomestix like to go hard and do it real big. Featuring trumpet, trombone, tenor sax, bari sax, plus keys, two guitars, bass, and drums, there isn’t much this collective can’t crank out (r&b, soul, pop), but they tend to keep things as funky as possible. Fronted by the truly magnificent Briana Middleton, whose standout vocals captivate audiences, the band have a chemistry that cannot be taught. People all over have raved about the group’s incredible energy at their live shows, and their perceived experience, despite most of them being under legal drinking age. The Broomestix’ most recent record, Running from the Law, should be a staple in your listening rotation, if it isn’t already, and once you see them live you’ll understand why we’re so high on the up-and-comers.

Please don’t let the name fool you; there’s nothing bad about Bad Acting. Nurtured on a steady diet of fuzz and distortion, this new(ish) local four-piece are the hardest hitting of all the bands on this bill. Part grunge, part punk, but all indie rock, these fun loving, in-your-face ruffians will drain the keg dry, but still be respectful to their hosts, and are guaranteed to deliver “the goods” in terms of performance. Check out their debut EP, Worth Your While, (which it definitely is) and get sweaty in the pit tonight while they melt your skull.

Native Nashvillians, The Alarms don’t just make great pop rock jams, they help write the day-to-day soundtrack that makes Music City … well, Music City. Despite playing with one another in various other acts for years, the band first appeared on a record together in 2013, backing lead singer/guitarist Robert Gay (who also plays trumpet in LUTHI’s band) on his solo effort, When I Was Young. In 2014 they followed that up with their debut album as The Alarms, entitled Real Tough Love, and began to show signs of coming into their own as a band. They’re putting the finishing touches on the second LP, How To Make A Memory, so stayed tuned for more details on that, but for now, make it to The East Room on time to catch them live.