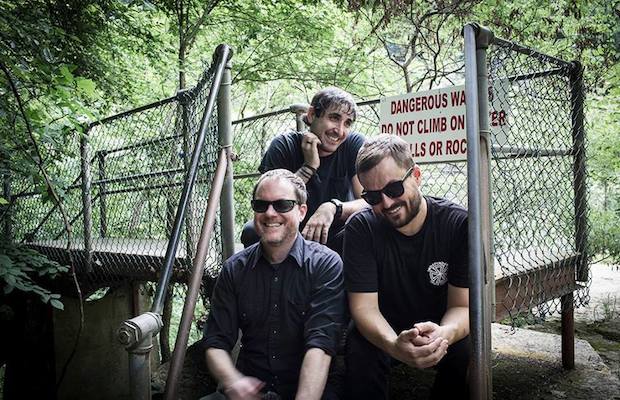 Local rockers The Lees Of Memory have had quite the past couple of years.  The band helmed by John Davis and Brandon Fisher (both of Superdrag) and Nick Slack (Epic Ditch) brought their new project to life in early 2015 with the release of their stellar shoegazey debut Sisyphus Says, and we were lucky enough to host them for their first live show at Acme Feed & Seed, as a warm up for a forthcoming SXSW run.  They followed that well received record up with this summer’s Unnecessary Evil, which sees the boys veering back into the power pop realm that made them famous through their previous pursuits, and, if you haven’t spent time with that record yet, you’ve missed a lot of summer anthems that you need to hustle and repeat for the waning weeks (though, you’ll have to use paid avenues beyond your monthly Spotify subscription).

In other news, it turns out that the boys used the studio for more than just Unnecessary Evil this summer.  Frontman John Davis gave fans the chance who donated to the crowdfunded record to hear The Lees cover songs of their choice, and he’s now released ten of them.  The covers were recorded at High Bias here in Nashville, and feature tracks from Guided By Voices, DeVotchKa, The Random Theory, Grant Lindberg, Red Hot Radio, Penguin, Joey Stroman, Mark Mallman, and Sean Flores.  You can stream the whole album below, and it’s available for free download at the High Bias Bandcamp page.