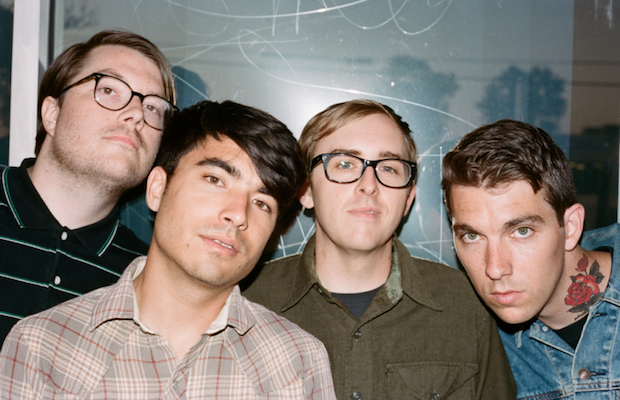 If you haven’t yet noticed just how much of a renaissance the pop punk and emo scene has been undergoing in recent years, or the long-overdue critical acclaim that many artists have been amassing, there is, perhaps, no clearer sign on the local level than the fact that Joyce Manor are slated to play Third Man Records next week, on Aug. 16. Formed in 2008 in Torrence, California, the group have honed a knack for crafting driving, loud, resonant punk songs about heartbreak, loneliness, drunken nights, and broken homes, winning over fans and critics with their genre-bending sound and raw honesty over the course of three fantastic full-lengths. Influenced as much by artists like Weezer and Morrissey as by ’90s emo, early ’00s pop punk, and scene peers like Hop Along, Tigers Jaw, and Title Fight, Joyce Manor are a clear standout amidst the flourishing indie punk landscape, and scoring a show at one of Nashville’s coolest performance spaces only reinforces their impact.

Announced this week, the band will release their fourth album, Cody, Oct. 7 via Epitaph (pre-order a copy here). Produced by the famed Rob Schnapf, the upcoming LP marks the longest Joyce Manor have spent in the studio to date, and, from the sound of it, will see the band pushing their limits and mining their expansive potential with more attentiveness, sonic experimentation, and forethought. You can hear first single “Fake I.D.” below, and grab tickets to the Third Man show, which also features Caddywhompus, for just $10 right here while they last!