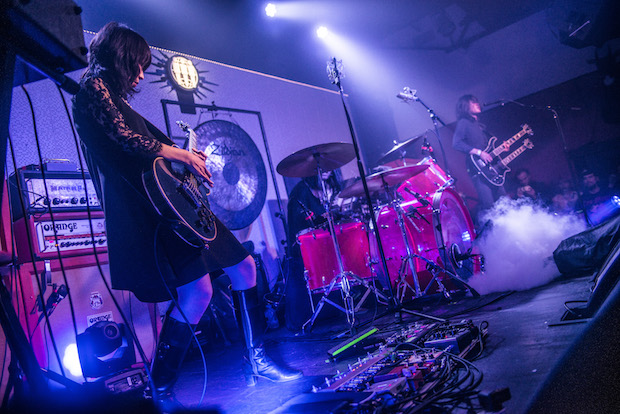 When Boris announce a show with support from Earth at Third Man Records, you buy a ticket. There is just no question about it. The psychedelic doom-metal trio rarely ever play in the country, let alone in the middle of Tennessee, but this past Monday that is exactly what went down with a packed house in Jack White’s famous Blue Room.

If you didn’t happen to grab a ticket before it sold out, don’t worry, we have you covered. Below you will find our full review, with a collection of fantastic shots from photographer Angelina Castillo. If you have the chance again, be sure to seize the opportunity to catch these legends of doom. Hell, you should even go chase them down on tour right now and catch a show. It’s that worth it.

The scene was perfectly set. The clouds covered the sun and the rain began. It was a one-of-a -kind night in Nashville as Boris and Earth were getting ready to take the stage at TMR’s Blue Room. I walked down the alleyway to the venue like a tourist, amazed that, after four years of living here, I had never been to a show in this world famous space before. After checking in at will call, I grabbed a beer, put some earplugs in, and positioned myself up front for the remainder of the evening. 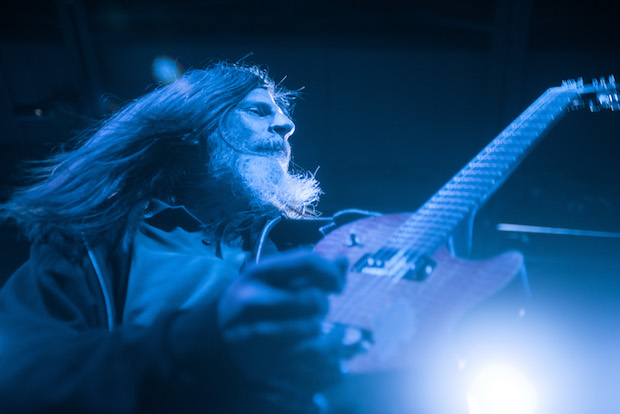 First up was Earth, who are based in Seattle, and are currently touring as a three piece. The group have been around since 1989, spending a vast majority of their career refining their own distinct sound referred to as “doom-drone.” I wasn’t familiar with the band until this show, but that didn’t reduce my enthusiasm for hearing what they had to offer. The group wasted no time in showing Nashville what this genre was all about. Their set was all instrumental; using slow, yet intricate beats from drummer Adrienne Davies to support a wall of ferocious sound coming from leader Dylan Carlson and Don McGreevy. While, based on their sound, one would expect them to have the classic trio setup of drums, bass, and guitar, tonight’s set was different. Carson and McGreevy were both on guitar, but that didn’t stop all frequencies from being present, especially the low end. The acoustics of the Blue Room proved to be perfect for a metal show, as every time I had to adjust my earplugs I got a taste of how loud and clear it actually was. As an audience, our enthusiasm for taking the journey the band invited us on was palpable and alive. No one was talking, or ruining anyone else’s good time, probably because everyone was banging their head in unison, going crazy for each song. It was clear that this group has mastered the art of playing loud, seriously slow, jams that weave in psychedelic undertones to make for quite the spectacle in a live setting. While Earth did an impeccable job at warming up the crowd, what was coming up was to be faster and even louder. 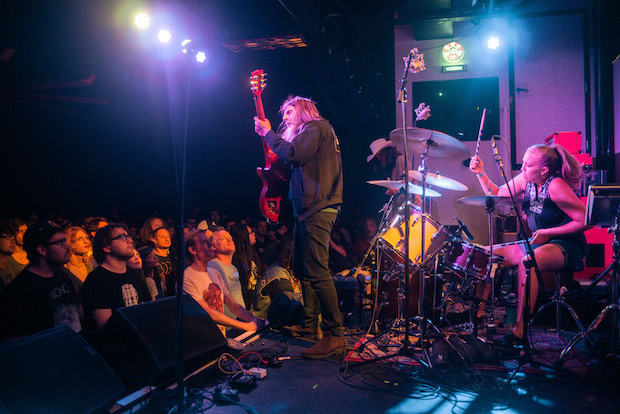 After refilling on beer, I went back to my spot and prepared myself for the night’s main attraction. The drum set had been switched out and now there was a big huge gong surrounded by a wall of Orange amplifiers, Boris were almost here. Japan has always produced a plethora of innovative and unique rock bands, and, since their inception in 1996, Boris have been a shining example of this standard. What made tonight’s show even more exciting was the fact that the band would be performing my favorite album, Pink, in its entirety in celebration of the record’s tenth anniversary. The trio came onstage to roaring applause and began to tear through the seminal psych-metal record. Songs such as the title track, with its strong and vengeful beat from drummer Atsuo, really kicked the energy of the night into overdrive. Since he has partial singer duties in the band, Atsuo was equipped with a head mic which amplified his rally cries of “YA!” and “COME ON!” in between each drum fill, and even such a minor detail as this proved that the vitality of their performance was genuine. The band wanted everyone to join in on the fun as well, and when a mosh-pit formed in the middle of the floor, it was clear that the crowd was in the same spirit. 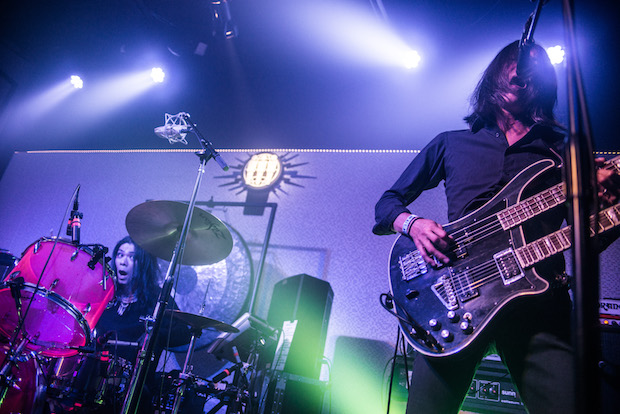 As he always does, Takeshi played a double neck guitar in which one of the necks was a bass. His vocals shined on such classic tracks from the record as “Six, Three Times” and the album’s closer, “Just Abandoned Myself.” He collaborated with guitarist Wata in a manner that blasted waves of ethereal distortion and reverb from their insane amp collection. We all stood there, jaws dropped and completely taken aback at how such sounds were even attainable.

Overall, the show was peaceful, but in the most metal way possible. Boris showed Nashville that there are always more directions to take in music, and anything is possible. Their ingenuity within the psych/drone/metal stratosphere was not only breath-taking but also inspiring, and I left the show eager to make some boundary-pushing music of my own but, not before I put my name on the list to buy a vinyl copy of the magic I just witnessed.