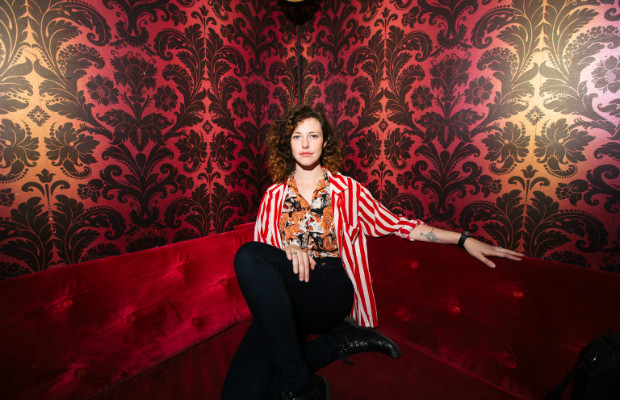 In 2014, singer-songwriter Esmé Patterson released Woman to Woman, an album that unfolded like fan fiction, each song a response to famous songs about women, written from the woman’s perspective. She voiced Dolly Parton’s “Jolene,” Townes Van Zandt’s “Loretta,” Elvis Costello’s “Alison,” and even “Eleanor Rigby.” Her latest solo record, We Were Wild, out last month on Grand Jury Music, instead looks inward. Here, the former member of indie folk outfit Paper Bird claims her own voice. Each song is a personal triumph that ventures through new sonic territory uncharacteristic of her previously airy work. This exploration of sound is most evident on the album’s opening track, “Feel Right,” which kicks off with a rush of feedback, giving way to an energetic, punk-tinged pop explosion. Ahead of a new batch of tour dates, Patterson dropped the video for “Feel Right” this week via Rookie. Directed by Isaac Ravishankara, the video employs energetic camerawork as Patterson bops to the song’s rollicking riff across various sites in the arts district of Los Angeles.

Patterson plays The High Watt on July 18 with Winstons. Get your tickets here, and check out the video for “Feel Right” below.