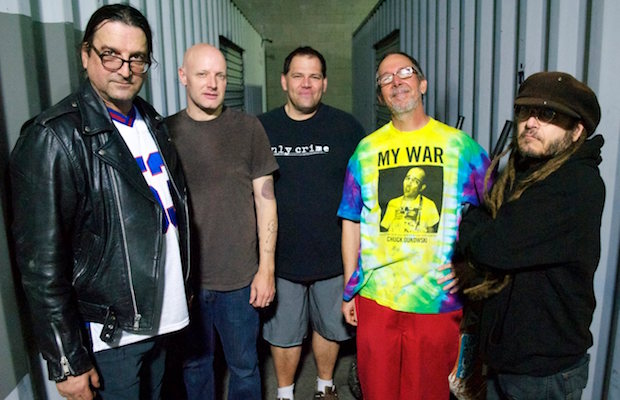 Let’s get this out of the way right off the bat: FLAG are Black Flag. We know, we know, there’s another band out there operating under than moniker, and you don’t see Henry Rollins in the photo above, and the name is different, but trust us, this is the most Black Flag version of Black Flag in existence, and real O.G. purists might even call them the most authentic lineup ever. Fronted by original vocalist and hardcore hero Keith Morris, FLAG are not a tribute, and technically not even a Black Flag reunion, but four of its five members carry original, authentic pedigree (the fifth is a Descendent), and play all of the early songs that helped blaze the trail for ’80s hardcore, cementing a base for the subsequent Rollins-led version of the band to become legendary. Along with hardcore feminist punk outfit War on Women and Canadian alt rock trio The Dirty Nil, the group will play Nashville for the first time tonight, July 5 at Exit/In! Tickets for what is sure to be an unforgettable show are still available right here while they last, so grab yours now and read on for details!

Civil Twilight Strips Down Billy Idol Classic "Dancing With Myself"