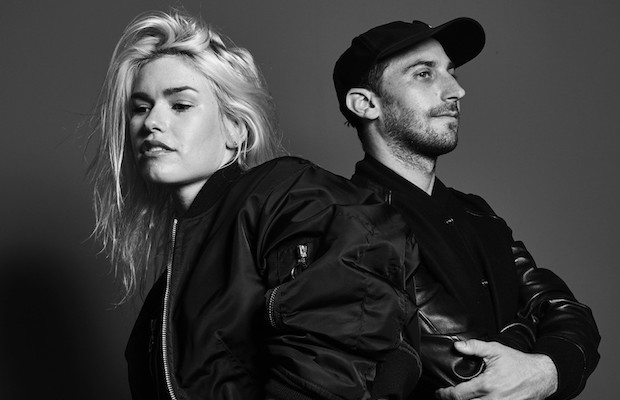 Brooklyn based shoegaze pop duo, Beverly burst on the scene after their formation in 2013 and the release of their debut album Careers in 2014.  The original incarnation featured Drew Citron (Avan Lava, Pains Of  Being Pure At Heart) and Frankie Rose (Crystal Stilts, Dum Dum Girls, Vivian Girls), but the two parted ways shortly after the initial release.  Determined to continue the project, Citron recruited producer and multi-instrumentalist Scott Rosenthal (The Beets, Crystal Stilts) to work on the band’s follow up record, The Blue Swell, which released in May.  The new record features Citron’s trademark vocals, and still features tracks that harness the darker indie rock leaning attitude of the first album, but swims through a number of more melodic, pop laced toe tappers.  Frankie Rose or not, Beverly is at the top of their game with The Blue Swell, and are a band that you should have on your radar.  You can catch them for free tonight at Grimey’s at 6 p.m. for an all ages in-store performance.  For those that are new to Beverly, they are streaming both of their albums on their Bandcamp page, and you can listen to the most recent after the jump.

Beverly will perform tonight, June 21 at Grimey’s New & Preloved Music. The show is FREE, all ages, and begins at 6 p.m.