Bonnaroo Comedian of the Day: The Goddamn Comedy Jam 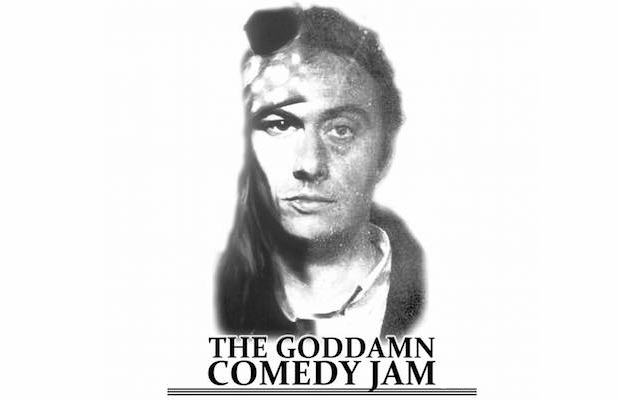 We kicked off our Bonnaroo Comedian of the Day series this year with a spotlight on Los Angeles based Josh Adam Meyers, and told you that, in addition to being accomplished as a performer in standup, he’s known for founding and running (along with The Goddamn Band and producer Nat Goldberg) monthly music meets comedy showcase The Goddamn Comedy Jam. Typically held at LA’s Lyric Theatre, Meyers is bringing the cult favorite to Bonnaroo, which couldn’t be more fitting for the eclectic fest’s audience. The showcase hosts a slate of comedians doing standup then hopping in front of a live band to perform their favorite cover song, and its growing popularity has earned an upcoming special on Comedy Central. The LA show has run for 22 volumes so far, featuring some impressive names like Adam Devine, Bill Burr, Sarah Silverman, Kevin Nealon, Hannibal Buress, and Dane Cook. The Bonnaroo edition of the show, set to run Thursday, Friday, and Saturday, will feature Meyers himself, along with Matteo Lane, Joyelle Nicole, Sean Patton, John Early, Beth Stelling, Adam Ray, and Bridgett Everett. Watch the video below for a taste of what to expect, and, if you’re a music fan who wants to dip your feet into comedy territory this summer at the farm, be sure to catch The Goddamn Comedy Jam for an excellent jumping off point!