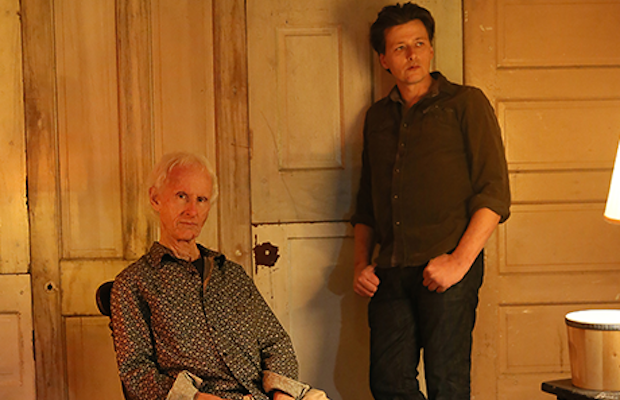 There are few bands as influential as The Doors, a group that shifted the limits of what was expected from rock and roll. Thanks to the mind-blowing riffs from guitarist Robby Krieger, countless guitar players have been inspired to learn his incredible performance style. After decades of perfecting his craft, Krieger is headed to Nashville for an intimate solo performance of his own original songs and some of The Doors biggest hits. Tickets are still available for $55-100, but we want to give you the chance to see this once-in-a-lifetime show for free. We’re giving away a pair of tickets to one lucky reader, so click below to learn more about the show and for your chance to win!

Although he’s best known for his guitar playing, Krieger also lent his voice to songs on three of the groups albums, The Soft Parade, and the band’s final two albums, Other Voices and Full Circle, which were recorded after the death of lead singer Jim Morrison. Although The Doors officially disbanded in 1973, his career was only just beginning. Over the next few years, he formed the Butts Band with Doors bandmate John Densmore, released a series of jazz-influenced solo albums, and formed the Robby Krieger Band with his son Waylon. Decades later, the 70-year-old is still blowing minds with his incredible guitar riffs and influential finger-style method of playing. You won’t get many chances to see one of the original members of The Doors perform some of their most beloved hits, so make sure you snag a ticket to his solo show at City Winery while you still can.

Winner will be announced Friday, June 3 at 12 p.m. CDT and will receive one pair of tickets. Good luck!