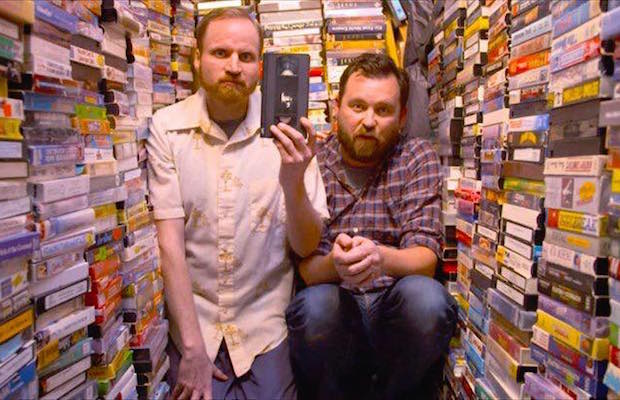 Founded by childhood friends Joe Pickett and Nick Prueher in their native Wisconsin, the Found Footage Festival‘s origin was rather humble, initially born out of a hobby of collecting old video tapes and home movies from garage sales and beyond, and showcasing humorous finds for their friends, a practice that would continue into college and eventually prompt the duo to turn their routine into a structured, full-fledged show. Now based in New York, the Found Footage Festival formally began in 2004, initially as a means to fund Pickett and Prueher’s production company. The live show, which has appeared at Just For Laughs, the HBO Comedy Festival, the New York Comedy Festival, and on Fallon, Letterman, Kimmel, Colbert, and more, features a compilation of hilarious, weird, and forgotten old commercials, home movies, training videos, clips, and more, combined with live running commentary and jokes from Joe and Nick. Celebrated by countless prestigious press outlets, the show is constantly involving, incorporating new and unearthed finds with each tour. Unlike most of the ‘Roo comedy lineup, this will appropriately be hosted in the Cinema Tent; we’ve seen this show before and trust us, it lives up to the hype!