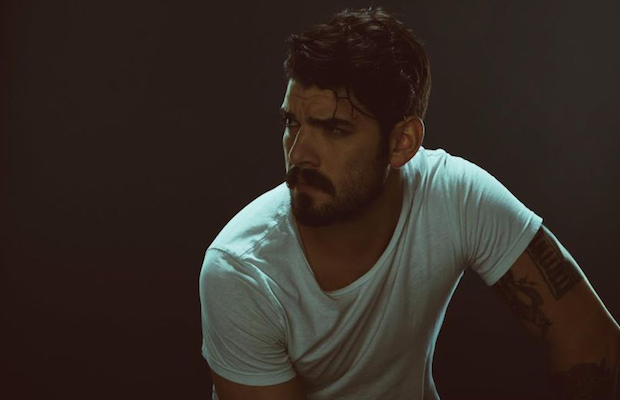 We’ve been hyping this release for a month, and now the time has come for local Bluesman Jack Berry to unleash his new record, Mean Machine, for everyone to enjoy. Our advanced copy has been in heavy, heavy listening rotation, and we look forward to seeing if everyone else agrees it’s a top local release for 2016. The record is officially available May 13, but if you can’t wait that long you can see Jack perform most of it live this Saturday, May 7 at Mercy Lounge, with help from Tesla Rossa, and Brave Town. The rock ’n’ roll party gets started about 9 p.m. (doors at 8) and tickets are still available for only $10. Read on for more information on the bands, be there this weekend to help support live local music, and don’t forget to grab a copy of the LP next week!

Spending time all around the U.S., but originally hailing from Reno, NV, Jack Berry exudes a western swagger emboldened by his hard-edged guitar, and a crooning vocal style steeped in old-timey blues flavored awesomeness; akin to early Black Keys records. After getting his start gigging around LA with his backing band Loaded Loot, Jack has been calling Nashville home for a while now, and has recruited a new, rotating lineup of musicians to back him in the studio and on tour. With the finishing touches on his latest record complete, we look forward to what lays ahead for another promising local talent. Based on his No Country Presents performance, we think his live shows combine the soulfulness of church hymns with the high powered frenetic energy of a booze-induced bar brawl. So be there Saturday night for Jack’s blues sermon, and to celebrate his new album, while the outlaw troubadour takes all in attendance to church.

A band that’s been active in the local scene for several years now,  Tesla Rossa released their  stellar self-titled debut in late 2014, and their straight forward power rock ’n’ roll is always just what you need to kick your Saturday night into high gear. We also look forward to hearing what the power trio have been working on, since we last saw them in the winter. Be there when they blast off in the middle time slot, melting skulls in the process.

Resident performers Brave Town will be starting things off, playing their signature brand of indie pop/alt-rock that has found an audience here in Music City. Their newest, self-titled EP (produced by Chad Howat of Paper Route) is great music that you need in your life, but you don’t have to believe us. Decide for yourself below, or when you see them live Saturday.